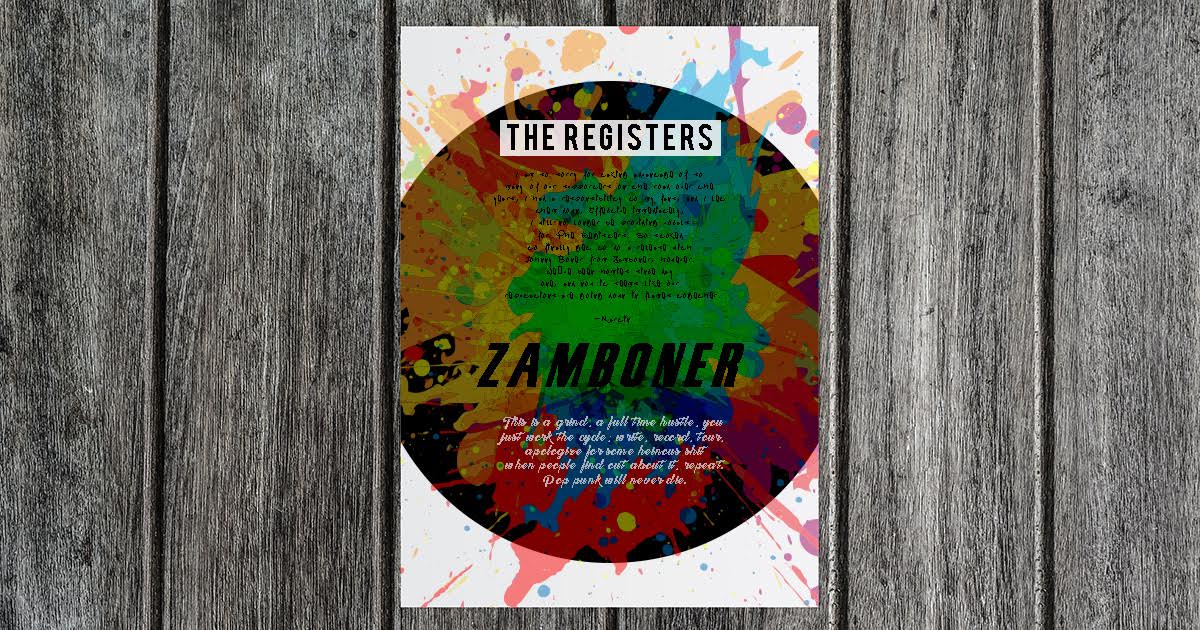 “I am so sorry for taking advantage of so many of our supporters on the road over the years,” began the side of the split apology composed by The Registers frontman Martin Wesley. “I had a responsibility to my fans, and I let them down. Effective immediately, I will no longer be providing vocals for The Registers. So stoked to finally get to do a release with Johnny Boner from Zamboner, however. We’ve been homies since day one, and now it seems like our reputations are going down in flames together.”

The surprise release, issued on splatter-design 8 x 10 paper, both delighted and disappointed fans of the two groups, with many claiming their collaboration was long overdue. Some, however, complained that the release itself wasn’t interesting enough to justify its split nature.

“God, all these pop-punk apologies sound the same,” said Jamie Green, a long time pop-punk fan. “Honesty, it’s a little hard to tell when The Registers’ side ends and Zamboner’s begins. They both claim to have manipulated and exploited their fans throughout the years, and they both have a thing at the end where they promise to ‘take time off and do better.’ I think only a true fan can really tell them apart anymore. Either way, fuck these dudes.”

Members of both bands pledged to not let the resignation of their frontmen conflict with their immediate plans.

“This is a grind — a full time hustle,” said Leonard LaRey, bass player for Zamboner. “You just work the cycle: write, record, tour, apologize for some heinous shit when people find out about it, repeat. Pop-punk will never die.”

The split apology was released across both bands’ various social media accounts, and a limited run of 500 physical copies of the handwritten letter are available for sale online in various color variants.