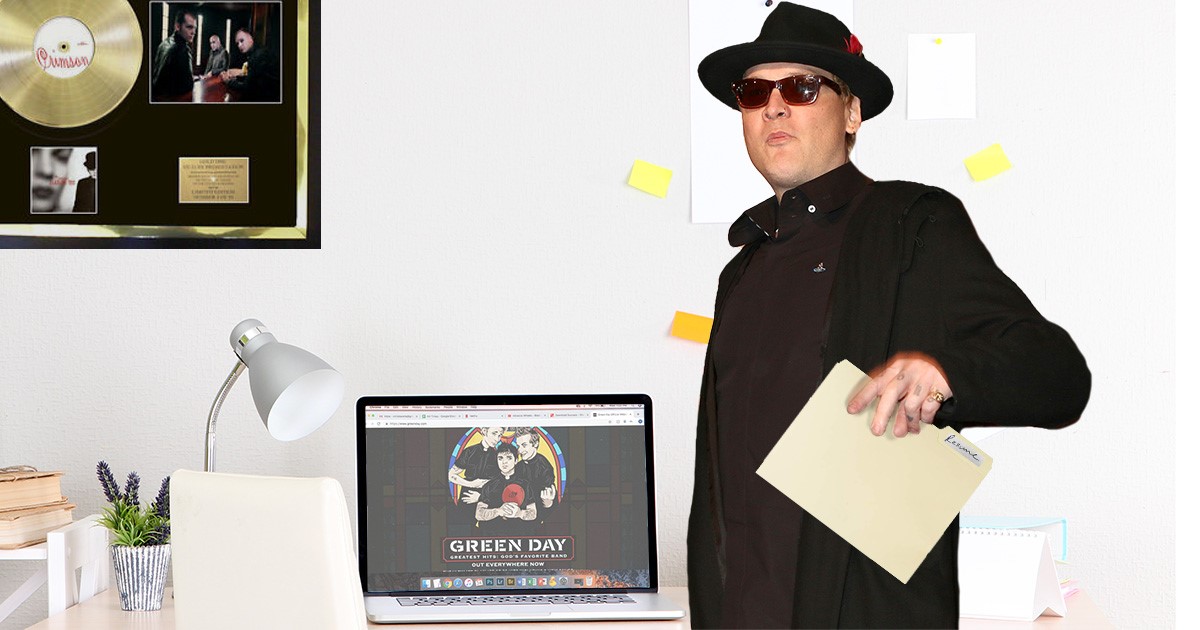 “I’ve spent over 20 years fronting my own group, and nearly five now with Blink,” said a gravelly voiced Skiba. “I know my strengths — I thrive in three-piece bands. People suggested I join the Foo Fighters, but they’ve got way too many members for me to deal with. Green Day seems like the logical next step for my career… and to be honest, I think they could use a shot of what I’ve got brewing.”

Joining Blink-182 in 2015 following the unexpected-but-not-really departure of guitarist Tom DeLonge, Skiba received his first Grammy nomination with the band for 2016’s “California.” Reportedly, that is when he began to consider other musical options — though current bandmate and Blink-182 bassist Mark Hoppus claimed he saw signs early on.

“It was clear we wouldn’t be able to keep Matt with us forever. I told our drummer Travis [Barker], ‘This kid is lightning in a bottle,’ and he did us a big favor stepping in… even if I only ever let him sing the second verses on new songs. I wish him nothing but the best should he choose to leave,” said a clearly heart-broken Hoppus, glancing wistfully at recent promo photos of the band. “You wouldn’t happen to know if the Simple Plan guy can still sing through his nose, would you? I swear, I’m close to asking Liam Gallagher at this point.”

Noted for his meticulous commitment to professionalism throughout his career, Skiba has consistently chosen projects with purpose. Those close to him say he tries to “always think two steps ahead.”

“He’s still doing that, huh?” laughed NOFX bassist “Fat” Mike Burkett. “I gave Matt a fake Green Day email address years ago; I thought for sure he’d given up on that by now and tried to just butter them up on Instagram. Watch — I bet I could even get Matt to try and join the Ramones.”

At press time, Skiba was seen updating his LinkedIn and messaging Jawbreaker.