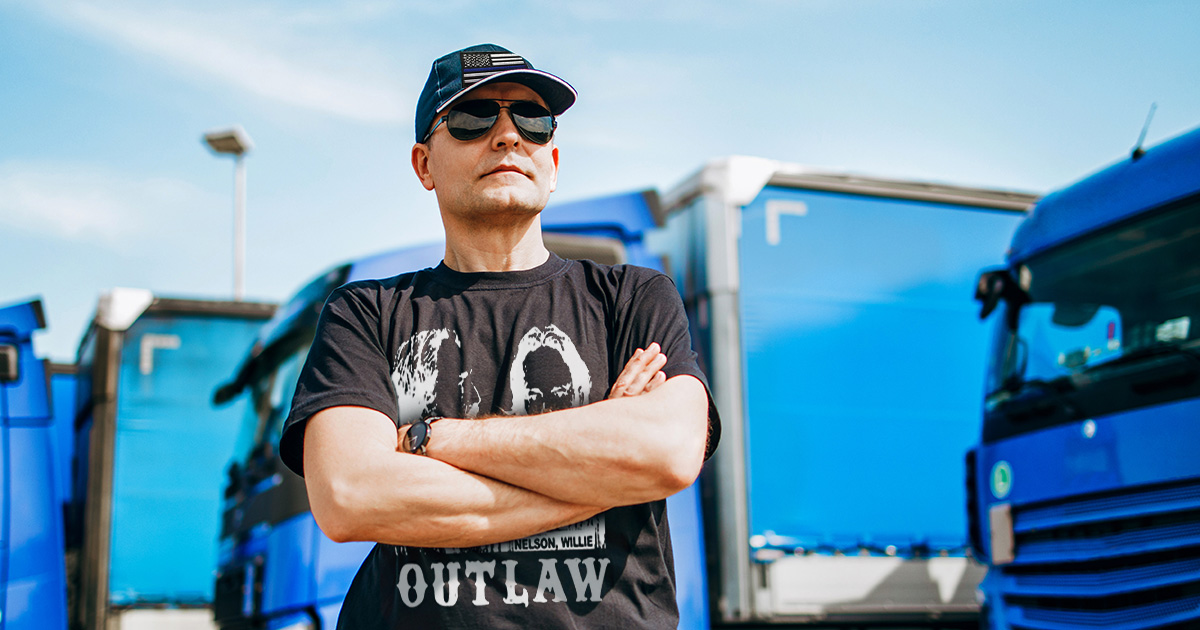 HARRISONBURG, Va. — Lifelong fan of outlaw country music Chris Harper is also a fervent supporter of law enforcement in all its forms, going as far as to decorate his truck, home and personal attire with “Back the Blue” slogans, sources close to the living contradiction confirmed.

“Merle Haggard, Waylon Jennings, Billy Joe Shaver, these are just a few of the men whose music has shaped my life,” said Harper while proudly displaying a “Blue Lives Matter” flag on his front porch. “Those guys brought country music back to what it should be: standing up to the man and not giving a fuck. They didn’t let anyone push them around or tell them what to do. And that’s how I live my life as well, but I also want to show my appreciation for the brave men and women that keep our neighborhoods safe. We have to realize that the real heroes are the police officers who put their lives on the line every day, you know?”

Silas Rhodes, a longtime friend of Harper’s, didn’t see any issue with his friend’s preferences.

“Just because you listen to music where the Sheriff is the villain doesn’t mean you actually have to hate your local Sheriff,” Rhodes said. “Chris has just always loved the whole image: the leather jacket, the yellow night-driving aviators, drinking way, way too much at your best friend’s wedding and getting into an argument about Miranda Rights. He spends about as much time listening to Willie Nelson as he does in online forums telling strangers that we need to respect the Blue. I’ve heard him say ‘he should have just complied’’ so many times, I’m starting to think it’s a Hank Jr. lyric.”

Terri Berman, a behavioral researcher at the University of Virginia, has seen cases like Harper’s before.

“We live in complex times,” Berman explained. “Many people find themselves holding contradictory opinions and not even realizing it. Mr. Harper can love music that overtly, textually asks the listener to stand against authority, and also love the actual, definitive authority of society, like the police. It’s part of the human condition.”

“That said, this guy sounds like a real dumbass,” Berman added.

As of press time, Harper was explaining to a police officer how much he appreciated his service as he was being issued a DUI.