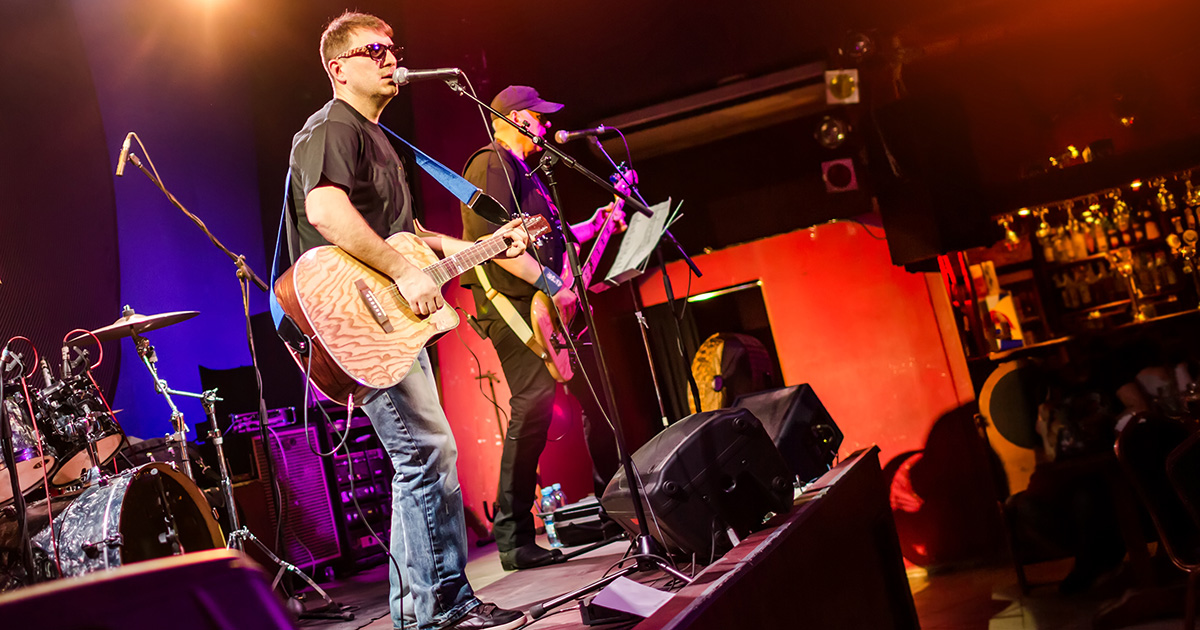 “I told the booker I’d backline the drums as a last resort because I had to wake up at 5 a.m. for work the next morning,” said Brian Cibowski, drummer of Desktops. “He told me the guys in The Flvxxx were coming out from Chicago in a rented Nissan Altima and needed to borrow a kit, or else the show would be cancelled. And when I saw that about 15 people marked themselves as ‘going’ on the Facebook event page, I didn’t want to let anyone down.”

Members of The Flvxxx arrived hours after the scheduled load-in and completely missed Desktops set.

“We hit some traffic, and then we thought it’d be funny to stop at every Taco Bell on the way and see who could drink the most Baja Blast,” said The Flvxxx bass player Kerry Ebersole. “Then we accidentally went to the wrong venue… but we also wanted to drive by the Dischord house. By the time we showed up, the crowd seemed pretty anxious to rock.”

An Instagram story posted by Shannon Adams, who worked the door last night, revealed Desktops standing alone together in the center of the venue during The Flvxxx’s set. “I would’ve felt bad for [The Flvxxx] if they weren’t such dickheads — they rolled up and threw me their keys and said, ‘Keep the car close,’ like I was the valet or something,” she said. “It’s gotta be weird to play for nobody. On the flipside, it’s kind of cool to get paid to do absolutely nothing.”

However, The Flvxxx seemed unphased by the low turnout.

“Yeah, it was a pretty light show, but that’s just the way tour goes sometimes.” said vocalist Johnny Seeds. “I will say, however: the folks who were there looked like they were having a great time. The crowd may have been small, but I’m sure they will remember it for a long time to come.”

At press time, Cibowski estimated his drums will need hundreds of dollars in repairs, thanks to The Flvxxx finishing their set by throwing their guitars at his kit.