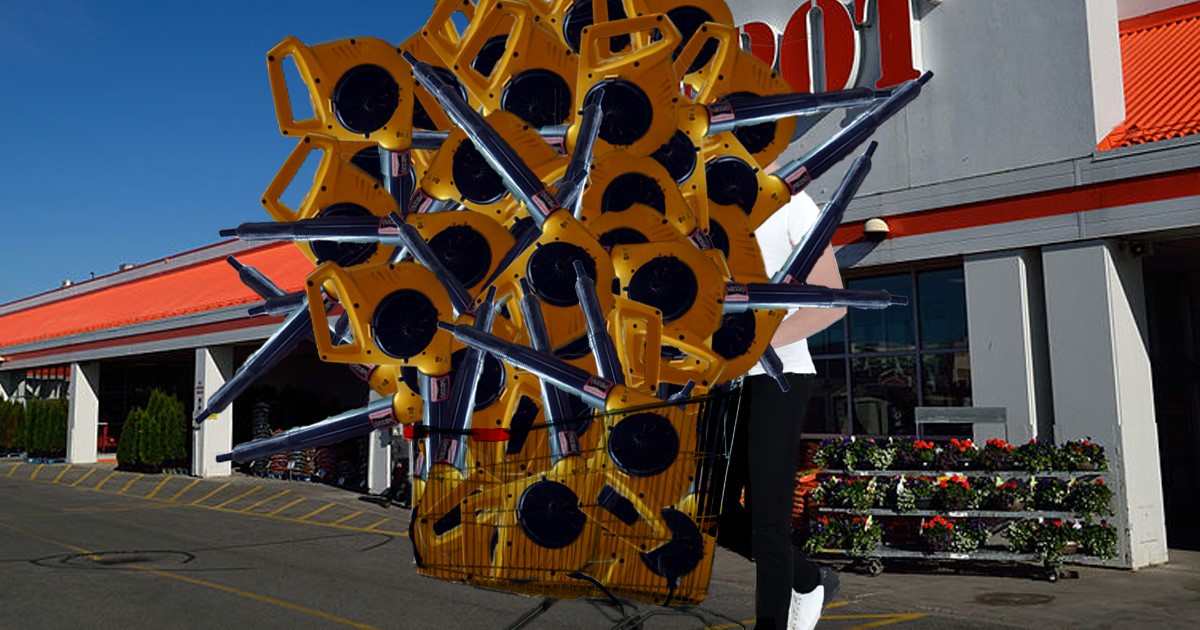 “This single purchase put our sales numbers through the roof. We don’t sell many leaf blowers in this area — we maybe keep one or two in stock year round, so it was a pretty big process getting them here,” said assistant store manager Joe Abeita. “Had to miss my niece’s birthday today to validate the order, but I’m sure whatever whimsical fun those men plan on having will make it worthwhile.”

Customer service logs showed that the band spent hours going over certain specifications and features of various blowers, ultimately settling on the Toro Ultra Plus 51621.

“The guy with the long hair kept asking if the blower could get that same ‘poised fluctuation’ effect Sam Mendes did on that plastic bag in ‘American Beauty,’” claimed customer service representative Kerry Brinson, who spent the better part of her morning answering the group’s questions. “I just kept telling them: there’s a low setting and a high one, it’s for blowing leaves, and I don’t know who Sam Mendes is.”

Until recently, OK Go allegedly purchased all of their music video supplies exclusively from Lowes. However, they switched to Home Depot after a disagreement with a Lowe’s distribution manager — which industry insiders believe led to a string of Lowe’s stores closing across the country.

“My main objective was to provide good customer service — whether OK Go was purchasing 32,000 square feet of park-quality sod, or 2,000 yards of HVAC tubing,” said former Lowe’s regional distribution manager Alexandria Pol. “But when I told them there was no way for me to get them 45 hot-pink pallet jacks, a synchronized milk cannon, and ‘enough weather stripping to reach the moon’ on 24 hours notice, they flipped their shit. They were a total headache, to be honest. But when I saw the finished video each time, it always made it worth the trouble.”

When reached for comment, OK Go was painting 30 white cats to look like different flags of Eastern European countries.