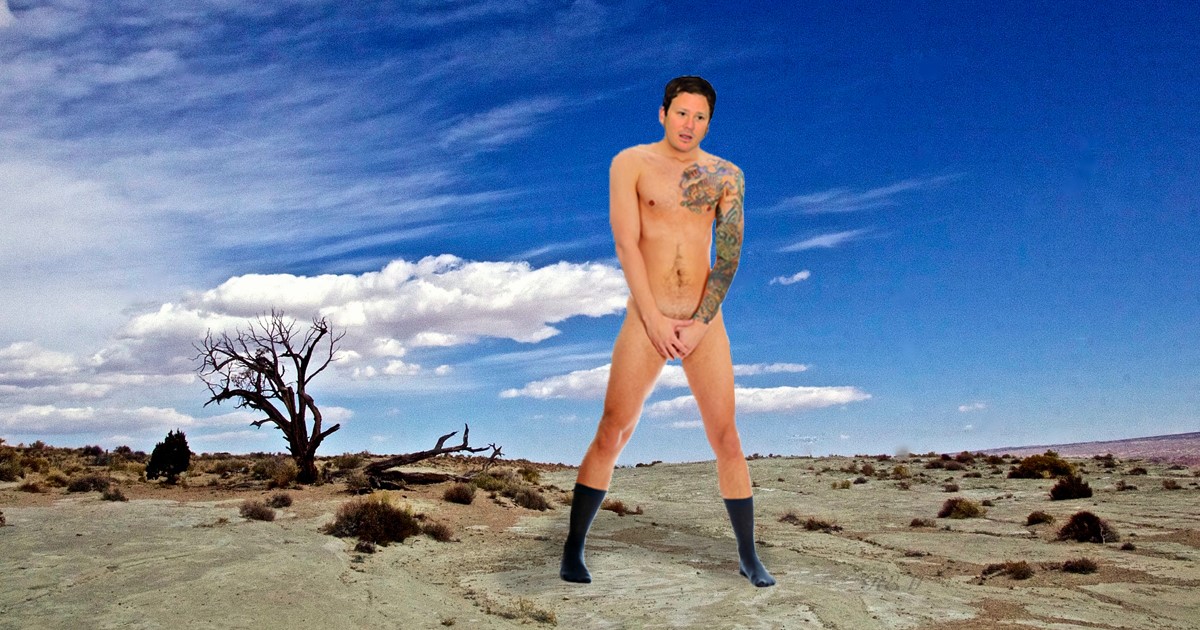 MOAB, Utah — Former Blink-182 guitarist and alien enthusiast Tom Delonge woke up naked today in a Utah desert for the fifth night in a row, believing aliens had once again abducted him, government officials sick of hearing from the pop-punk pioneer confirmed.

“I thought it would be like The Abyss, or Star Trek… but they just keep poking me with things and demanding I play ‘American Idiot’ over and over,” mumbled a sore DeLonge as he wrapped himself in a sundress stolen from a clothesline outside a stranger’s home near a desolate stretch of highway. “They think I’m from fucking Green Day. I mean, I did my best, but it’s hard not to be slightly insulted.”

Rangers spotted the disoriented DeLonge in Arches National Park, trying to steal food from strangers preparing for a hike.

“We’ve had multiple reports of a pop-punk frontman harassing visitors. Attendance at the park is already down, and a naked man running around talking about being probed really doesn’t help,” said Lorraine Carter, one of the first responders. “I wish I could say this was the first time we picked him up… but it happens so often that Tom and I are on a first name basis. I just drive him to his car — which is always a short walk away — and I tell him to stay out of trouble.”

“We have been familiar with Tom’s views regarding aliens since the mid-’90s when his internet handle was ‘Mulder182’ — his recent escapades in Utah are obviously due to vegan food poisoning, and definitely not from alien abduction, or a chrono-bath immersion while intergalactic symbols are etched onto his bones. For example,” Gray said unprompted, sipping from a Roswell, N.M. coffee cup. “Yep, food poisoning and swamp gas. It’s a tale as old as time, really.”

At press time, DeLonge was last seen at a Moab buffet, crafting a scale replica of Devil’s Tower out of pudding while absentmindedly humming ‘American Idiot.’