No One Notices Rockabilia’s Ska Merch Page Still Down 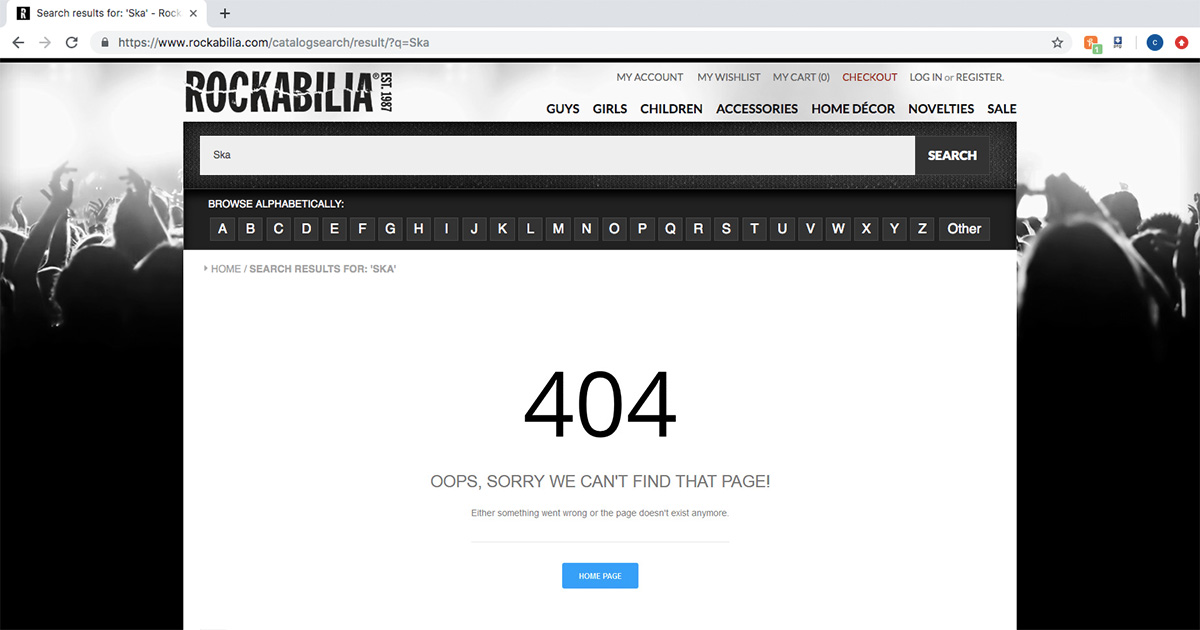 CHANHASSEN, Minn. — Technical difficulties with the ska section of online retailer Rockabilia’s website have gone unnoticed for the third consecutive decade, as no users have ever actually visited that particular page, surprised sources confirm.

“I kept getting an error message from Squarespace saying I need to finish building the site, even though I published it, like, forever ago,” said site engineer Brad Madler. “I finally clicked the alert, and apparently I never actually finished coding the ska page… so when you try to open it, the site will just crash. But I guess no one ever ran into the issue, because the page’s hit counter was still at zero.”

Rockabilia spokesperson Tina Yang was equally surprised, as she didn’t even realize there were plans for a ska section.

“Just seems like a waste of internet space to me, right?” she began. “And that’s saying a lot, because the internet has basically infinite space. But be realistic: no one is gonna want a checkered T-shirt with a blurry screenshot from Tony Hawk Pro Skater IV… or whatever nonsense those bands sell.”

“I think the only reason we even bothered to humor the idea of a ska page was so we could say, ‘Home delivery available, unless you want to come pick it up pick it up pick it up,’” she added.
“In retrospect, though, I think I’m glad that page doesn’t work — not even the internet needs that joke.”

As for bands attempting to sell merch on Rockabilia, they allegedly had become so used to never selling merch that they also didn’t realize the site was still down.

“The site is down? Since when?” asked Mia Lapanelli, the guitarist in the ska octet Skoctet. “I mean, we’ve never sold our merch anyway, so I guess it doesn’t really matter all that much, ya know? We’re still just focusing on the basics — like getting more shows, and getting people to actually attend said shows. Although, I guess it would be nice for the site to work… just in case.”

Madler has since reportedly handed Rockabilia’s ska section off to the company’s intern so she could learn to build a website no one will visit anyway, as it won’t matter if she messes it up.