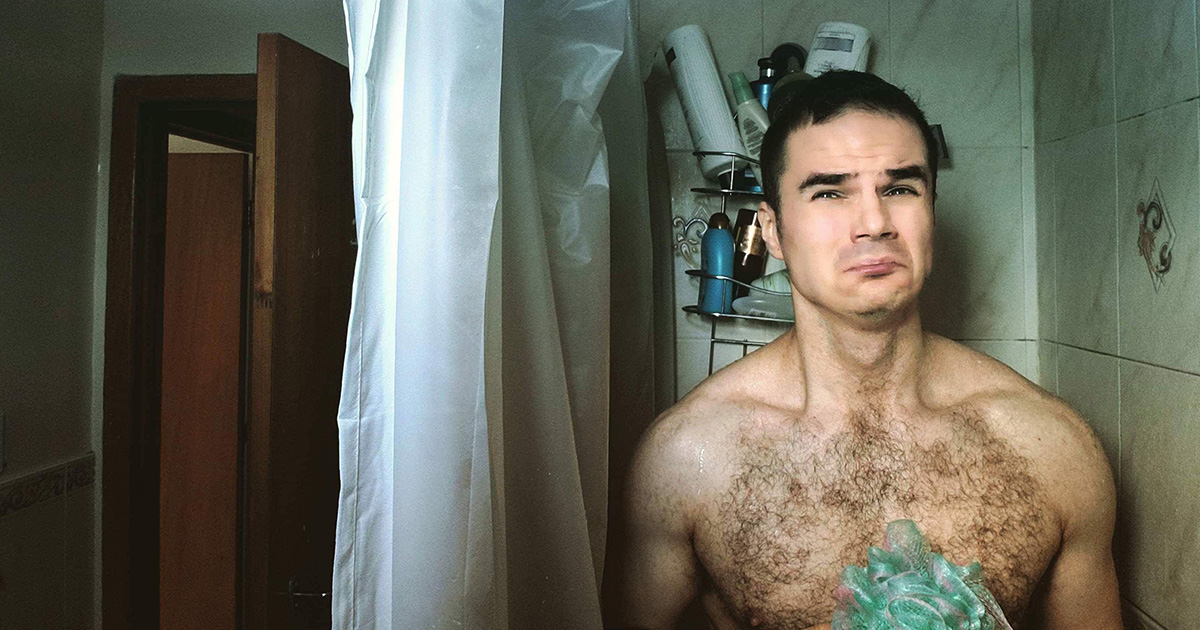 TORONTO — Local man Thoman McKechnie discovered late last night that punk band PUP’s new album Morbid Stuff syncs up perfectly over the sound of his own quiet, muffled sobbing in the shower, roommates who can definitely hear him in there confirmed.

“Steve [Sladkowski, PUP guitarist] is known for doing these really precise shifts in tempo and time signatures, but I never thought the low moaning noise I’ve been involuntarily making for the past four months would blend so well with that,” said McKechnie. “And when I added the pitter-patter of running water against my snot-dripping nose? Like, it all aligns so perfectly.”

“It seems it’s a bit of both,” said psychotherapist Melissa Gupta. “The band’s underlying pop sensibility rises just enough to meet Tom’s issues with his absentee father — which he’s not even close to resolving. When combined, it creates a balanced force that allows [McKechnie’s] body to be supported by the soap holder while he audibly sighs. Pretty textbook, actually.”

McKechnie admitted that to maintain the flow of sounds and alignment, he made some personal adjustments.

“I was shout-screaming the chorus of ‘Free at Last’ when the pipe started making this wailing noise,” said McKechnie. “Usually, that means I’m about to run out of hot water… but during that moment, I couldn’t tell if my body, the tune, or the bathroom was making the noise. Luckily, I was already sitting down, hugging my legs and rocking back and forth, so I was able to really just go with the flow and enjoy the experience.”

However, McKechnie’s roommate Elizabeth Staples reported that since he discovered Morbid Stuff syncs perfectly with his shower-crying, the ritual has become a daily occurrence.

“It’s fucking annoying,” said Staples. “But at least he’s cleaning himself again. Things were getting pretty funky there for awhile.”