New NOFX Album To Be Given To Younger Brother Eventually 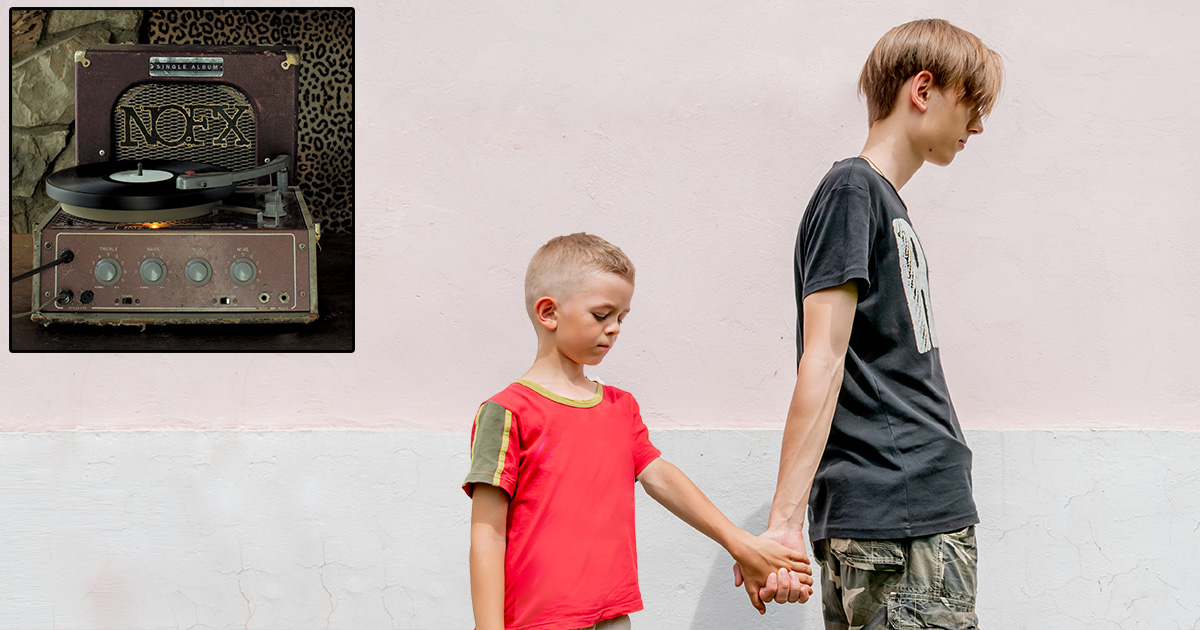 NORWOOD, Mass. — Older brother Jack Durso bought the new NOFX CD “Single Album” yesterday, which he plans to keep in a faux-leather binder under the front seat of his car until it is eventually passed on to younger brother, Kevin, upon his 13th birthday.

“I saw they were putting out a new record, and I was kinda whatever about it — but then I remembered my brother Kevin is turning 13 in a couple months, so if it’s total shit, I’ll just give it to him for his birthday,” said Durso, who then picked up an old Lagwagon album while browsing the discount bin at local music retailer Newbury Comics. “I’m just very confused why we didn’t get a ‘War On Errorism’ from NOFX for Trump. That would’ve been the move.”

Younger brother Kevin Durso was nearby, flipping through Machine Gun Kelly CDs when he caught wind of his brother’s plan.

“My brother is very old,” said the younger Durso, who was sporting a Greta Van Fleet shirt. “He tries to tell me about bands like Chixdiggit and Guns n’ Wankers, and I’m like, ‘What are you doing?’ But he just keeps going… like, he’s trying to get me into the band Tilt 25 years after the fact. He only listens to bands he was listening to 23 years ago, and it’s sad.”

Sales associate Colleen Burlowski confirmed that this is a frequent occurrence in Newbury Comics.

“The passing down of an album during that crucial time in a middle schooler’s life is a time-honored tradition. We had a guy in here a few months back who bought a Five Iron Frenzy CD for his nine-year-old sister for Christmas,” Burlowski recalled. “We kept pleading with him to not do it — I don’t know your sister, but I guarantee she does not like Christian ska from the 90s. So instead, he tried to buy her the second Less Than Jake album and insisted that she’d grow to like these bands because when he was 15 in 1997, these albums really spoke to him. I got him to settle on NOFX’s ‘The Decline’ and I figured maybe, just maybe, there’d be a chance that in four or five years she’d give it a chance.”

“Realistically, that won’t happen,” she added. “You can’t reason with some people.”