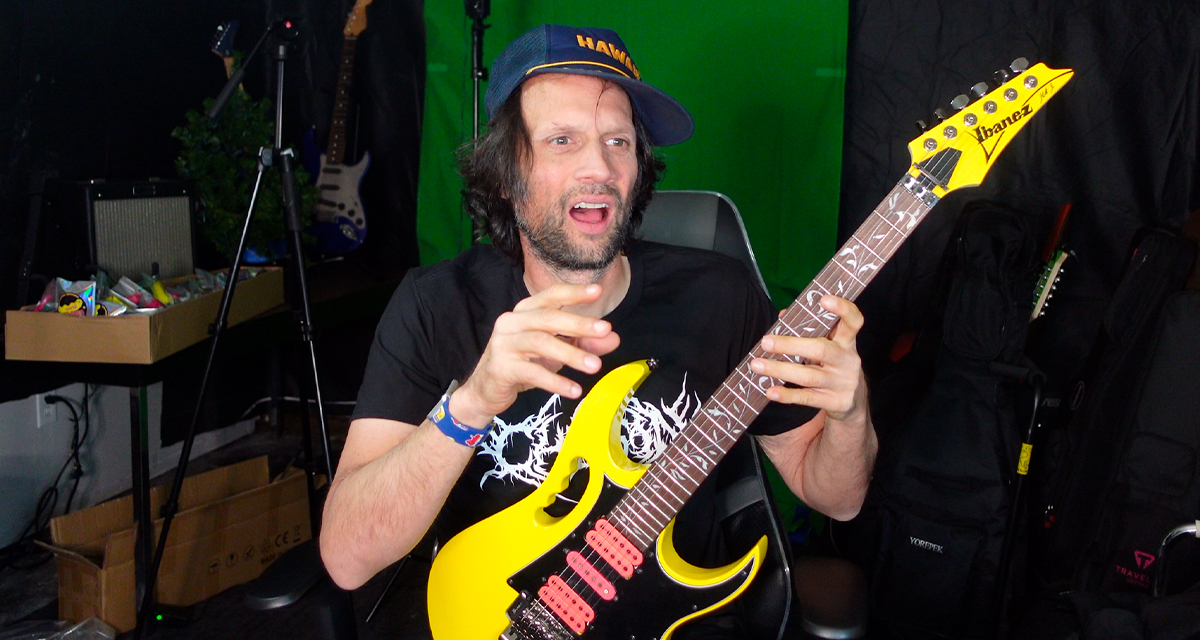 “There I was, playing the tab in standard, but it sounded so wrong. I tried a few more times before I finally scrolled up to investigate. And that’s when I saw it,” said Stafford as a horrified look washed over his face. “Right at the top: FACGCE. It didn’t even look like a real tuning! Like, sure, Drop D, I can do. Maybe even a half step down for a Dashboard cover. But holy fucking shit. One string is a half step up, one is a half step down, and one is a full step down. What is this, mathcore?”

While Stafford suffered for just moments, American Football guitarist Mike Kinsella has had to live with this nightmare for years.

“Look, I messed up, okay? I used to try to bullshit my way through this when I was younger and pretend I did it all on purpose,” said Kinsella wincing at the thought. “But I just have to come clean: At the time, I was sure I could tune by ear. I never even had a tuner pedal on my board. I just sang what I believed to be an E and took it from there. This was right when we were recording that album. We were kids with no money. So once the track was laid down, and we realized maybe something was off, we couldn’t afford more studio time. There was no going back.”

Atreus Walsh, a local guitar teacher, has tried talking students out of weird-ass tunings for years to no avail.

“We all experiment with atypical tunings when we’re young. Sometimes it’s because you don’t know any better. Sometimes you’re trying to impress your friends. But you just hope, as you grow older, you gain a little sense and come back to something a little more standard,” said Walsh. “I mean, I never win that battle, but at least it’s fun seeing the kids struggle. Especially their first encounter with FACGCE. Because it reads exactly like the noises they make when they see the tuning: ‘FACK! God! Christ! Eeek!'”

At press time, Stafford was seen shutting down his laptop entirely and stuffing his guitar in the back of his closet after slowly coming to the realization that all of his favorite midwest emo bands had abnormal tunings.

Photo by Jason USA of Chibson.