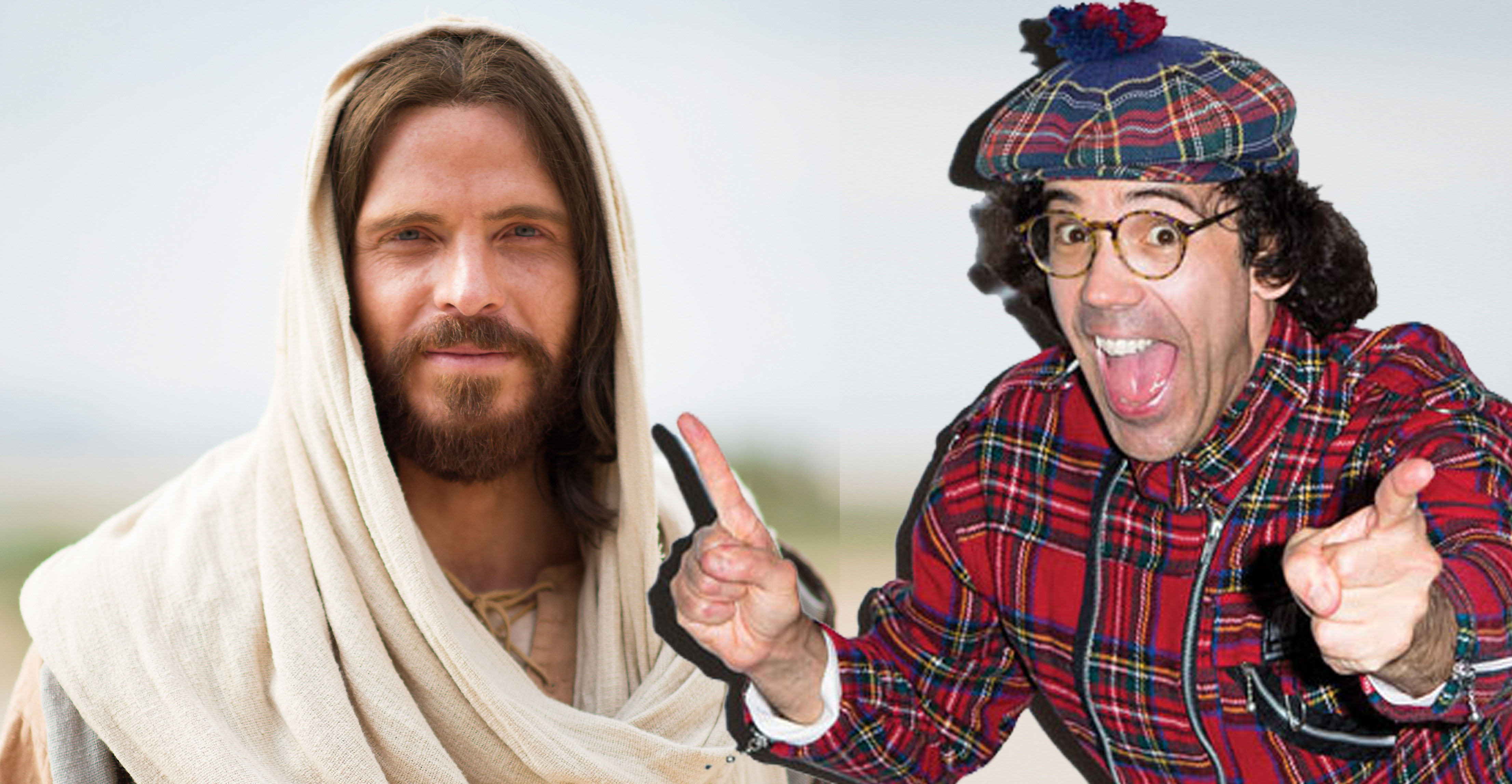 JERUSALEM— Nardwuar, the Human Serviette, known for his well-researched interviews and thoughtful gifts for his interviewees shocked his latest subject, Jesus Christ, with the original pressing of the Ten Commandment Tablets, amazed sources confirmed.

“I opened the interview the same way I always do by thrusting my microphone into my guest’s face and asking, ‘Who are you?’ said Nardwaur following his time with the lamb of God. “So there is Jesus, bearded and gentle-eyed and he responds ‘I am He, Jesus of Nazareth, the son of God.’ You could tell he had no idea what was about to happen.”

Jesus’ fanbase has swelled to billions in the last 2000 years and many people feel like the time is right for his return.

“You know, man, I’ve really just been focusing on my carpentry but, when the time is right, I will come again,” Jesus responded. “Today I wanted to take a break from cleansing the sins of the world and just have some fun. Nardwuar is a really solid dude.”

Nardwuar had an assortment of gifts that he sprung upon Jesus throughout the interview. Things started out slowly, with Jesus not quite knowing what to make of a 7” from the Canadian hardcore group D.O.A. However, the son of God’s level of excitement did grow as Nardwuar revealed each successive gift.

“When I busted out the Shroud of Turin Jesus looked so excited I thought he was about to blow a gasket,” said Nardwaur. “I had to call in a lot of favors to get that, but it was all worth it to see the look on his face.”

Nardwuar also gifted Jesus a first pressing of the Gutenberg Bible as well as gold, frankincense and myrrh, but there was one more large gift draped with a sheet behind Nardwuar left to be revealed.

“This guy really went all out. I thought maybe he might end it by giving me my crown of thorns, but man I was wrong,” said the holy servant. “But then out of nowhere is wheels out the Ark of the Covenant in mint condition with the original ten commandment tablets given to Moses. All I could think was ‘my dad is going to freak.'”

The interview, which can be viewed in full on Youtube, came to a close and Nardwuar delivered his trademark interview ending.

“Keep on rocking in the free world, and doot doola doot doo…”

Jesus smiled and replied “doot doo,” then adding, “and peace be with you.”