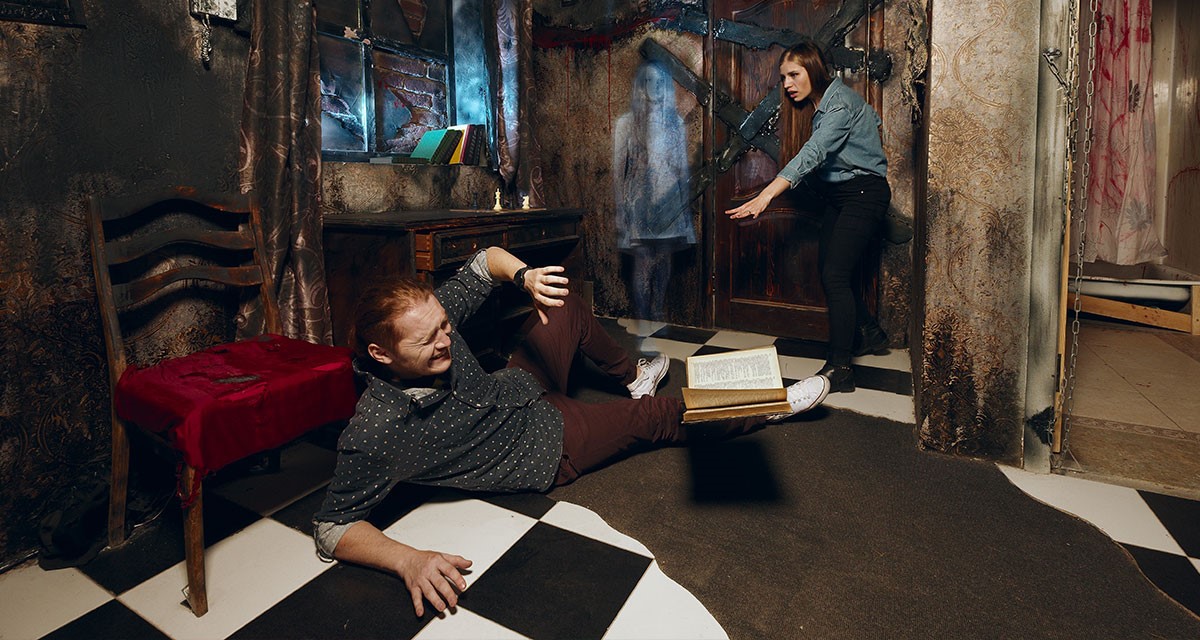 “Seeing my friends perform is always fun. But, leaving their shows early is one of my favorite parts about the live music experience,” said supposedly supportive friend Tyler Craft. “It’s a thrill to be seen at the show and sneak out completely undetected before the band finishes their first song. This escape room really focuses on how to make yourself known at a show early and often, in order to make a stealthy exit with enough time to re-watch a few episodes of ‘It’s Always Sunny’ before passing out.”

The escape room challenged the group to attend an EP release at a local venue called The Cable, get a few Instagram story posts, and escape without being detected by their friend Chad, played by local actor and musician Jesse Towland.

“I’ve been working this escape room gig for a while. It’s weird, but it’s good, consistent money,” said Towland, prepping for his next shift by picking out a pair of plaid cargo shorts. “Of all the folks I’ve seen come through, though, these four were probably the most prepared. I mean, they came right up to me, thanked me for putting them on the list, and all of them kept wooing during our fake soundcheck.”

United by a perplexing aversion to supporting art in earnest, the group of musicians banded together to find clues, solve challenges, and ultimately escape without being noticed.

“At first, the opening band was blocking us from the front row. But, we used the venue’s blacklight to find the secret passphrase, ‘Great set, guys!’ and the openers let us through,” said local musician Lee Heinesh. “We figured they’d hide the Escape Phone in the last place we’d go to, and we were right: it was hidden in the tip jar at the merch table. All we had to do was quickly post a few Instagram stories of the performance and sneak out during one of Chad’s guitar solos.”

At press time, the group of musicians had left the escape room to attend a friend’s album release and get a taste of the real thing.