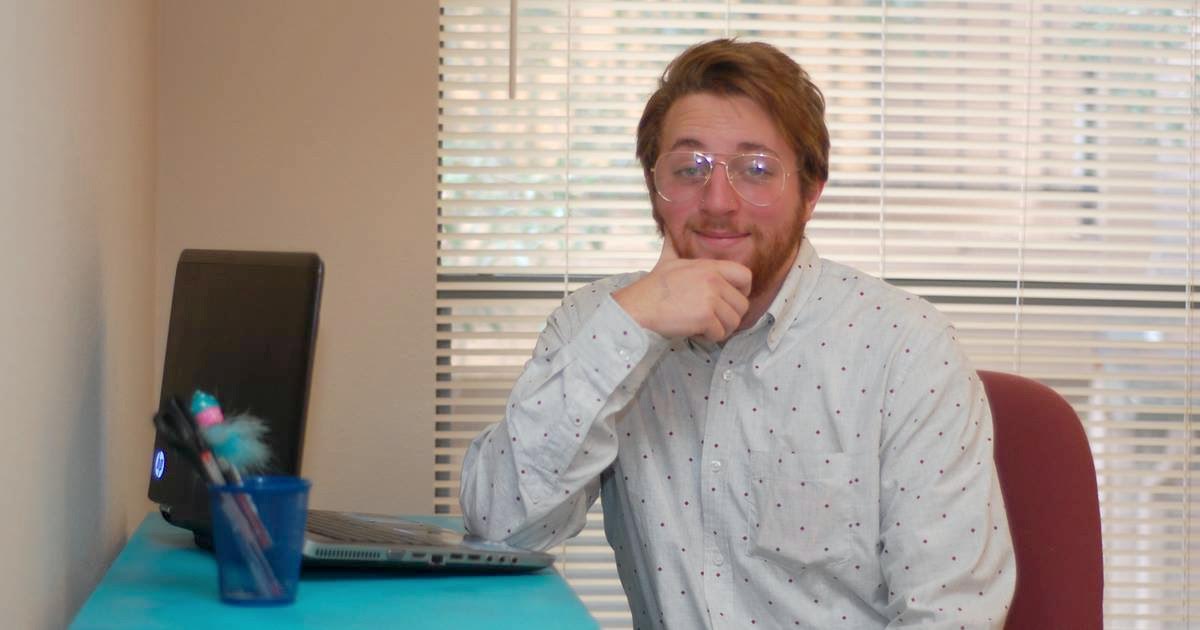 PORTLAND, Maine – Prominent music critic Harry Garcia-Adams successfully used the word “angular” in a new and exciting way in his review of Matrimony Castle’s new self-titled album, according to his direct supervisors.

This marked the 17th straight article where Garcia-Abrams managed to shoehorn the word “angular” into a review for the popular indie music website SoundFury, chronicling new releases from bands largely enjoyed by graduates of liberal arts colleges.

“I was really looking to encapsulate what makes Matrimony Castle’s debut so great,” he said. “And it just hit me. Those guitars, and the stop-start nature of the vocals, really just sounded so… well, angular. I would say that it is definitively angular. This is easily the most angular record of the year.”

Garcia-Adams kept his Joe DiMaggio-esque streak of using the word “angular” alive in reviews of other Brooklyn-based bands such as Scars, We Were Guaranteed Juice Boxes!, Plumbz, The Devils You Don’t Know, !?!?, Operation: P.A.N.T.S., and King Kelly And The Hasselbacks.

“My colleague [Shandra Jenkins] said the new Chimneys album had an angular sound reminiscent of the hard edges of an IKEA table,” Garcia-Abrams said. “However, I think the proper metaphor would have said, ‘Chimneys had an angular sound straight out of an AP Geometry exam.’ That’s how you use the word ‘angular.’”

The critic has begun to incorporate the word “angular” when writing about subjects not connected to music, including a Yelp recap of his recent trip to the Desi Palace take-out Indian restaurant.

“My papri chaat and naan tasted exactly like a new modernist hotel lobby,” Garcia-Abrams said in his review. “The delicious chutney sauce over well-cooked chickpeas were just so wonderfully angular.”

Capping off his pinnacle week, the 26-year-old critic even managed to use the word “angular” six times in a review of an exercise ball he purchased over Amazon.

UPDATE: Garcia-Abrams just stared in disbelief when told that most dictionaries define “angular” as “an object that has sharp angles,” and that most readers have no idea how that’s related to music.