Mom Prints Out Son’s 7.1 Pitchfork Review to Put On Fridge 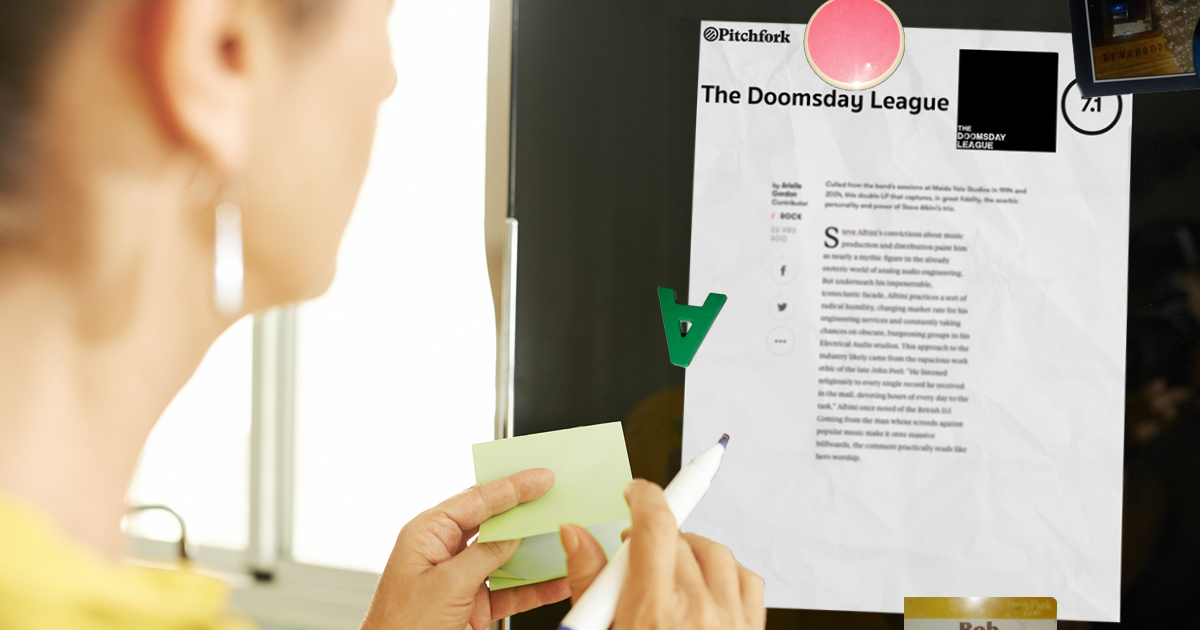 “A 7.1 score isn’t really that great in the grand scheme,” remarked a proud Clarke. “But this shows that hours of practice and hard work can yield positive results. By this time next year, he might crest over 8.1, and that means record labels might start sending some letters of intent.”

Clarke noted that her son Bryan’s band, The Dolts, had only managed to net a 2.4 and a 3.1 in previous reviews.

“When he brought home those terrible reviews, I made sure I got him more guitar and singing lessons,” said Clarke. “He fought against it at first — he kept trying to say that ‘lessons are for sellouts’ — but if he wants to be part of a touring band, he needs to get his Pitchfork review scores up, or no venues will pay attention.

Since placing the review on the fridge, Clarke has allegedly gone out of her way to show it to visitors to the house and bring it up in conversation whenever possible.

“When I came by the other day to return Beth’s garden shears, she made a point to bring me into the kitchen to show me the review,” noted neighbor Anne Beasley. “She was just so proud… I didn’t really have the heart to tell her that I didn’t know what Pitchfork was, or that I didn’t know her son was even in a band. I just smiled politely and said I will definitely check out the Dolts as soon as I get home.”

Not all members of the Clarke family are as impressed with the review as Beth, however. Bryan’s father, Steve, is struggling to see “what all the fuss is about.”

“Beth’s always coddling Bryan too much,” said the retired firefighter. “I don’t even know how you can call that crap he makes music. Hell, It’s not even going to make their end-of-year list. Steely Dan, now that was music.”x