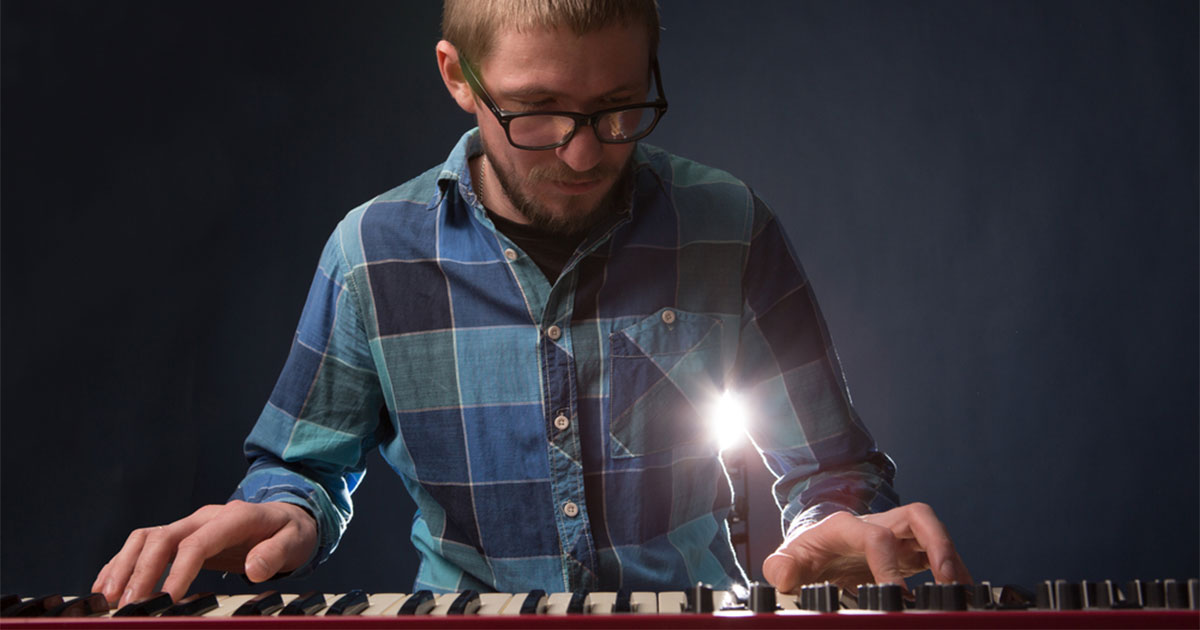 NEW YORK — Friends and family of local musician Ezra Phelix gathered last night at the Beauty Bar to intervene in his new solo endeavor, a minimal synth project, which they claim is not minimal enough.

“Look, this isn’t his first time solo,” said Annamarie Wechsler, a longtime friend of Phelix and aspiring embroiderist. “Folk-punk, chillwave, you name it—Ez has a Bandcamp for it. But this one is different. He’s so proud of how stripped down it is, and it’s still just too much.”

With his graphic design work slowing down and his shoegaze band Astral Neglect on hiatus, Phelix turned his attention toward Polyphonic Acne, the infamous minimal synth project.

“You know, even though it’s just him recording in his bedroom, I still think it could be just a bit more minimal,” said Kegan Jared, Phelix’s cousin and roommate. “One less band member and one less instrument, and I think it’d be right where it needs to be. He had me listen to one song he called ‘Coffee Ring’ on his Soundcloud demo; it was a single arpeggio sequence with a run time of 3:45. Nobody needs this.”

Sources close to Phelix claim his discovery of the late ‘70s minimal synth group Crash Course in Science, along with a recent medication change, are to blame for his current direction. But those close to him also report minimalism hasn’t just taken over Phelix’s music—it has permeated other parts of his life, too.

“Last time I was at his place, his whole room was basically empty,” said Wechsler. “All he has now is a yoga mat, a mason jar filled with a beige liquid, a milk crate, his laptop, and a vintage Roland synthesizer. Did he just hock everything for that? Who knows how much that cost him?”

Despite the criticism of Polyphonic Acne, Phelix has no intentions of killing the project. Instead, he’s been inspired by his friends and family to begin his next endeavor as well.

“Picture this: I record the ambient noise of my entire day, and interlay it over the ambient noise from the day before, speed it up, and release it as one long track. Everyone seems to want me to ditch the synthesizer altogether, so I think this can work,” said Phelix, dangling a microphone out his bedroom window.

Take a trip to our virtual merch table: