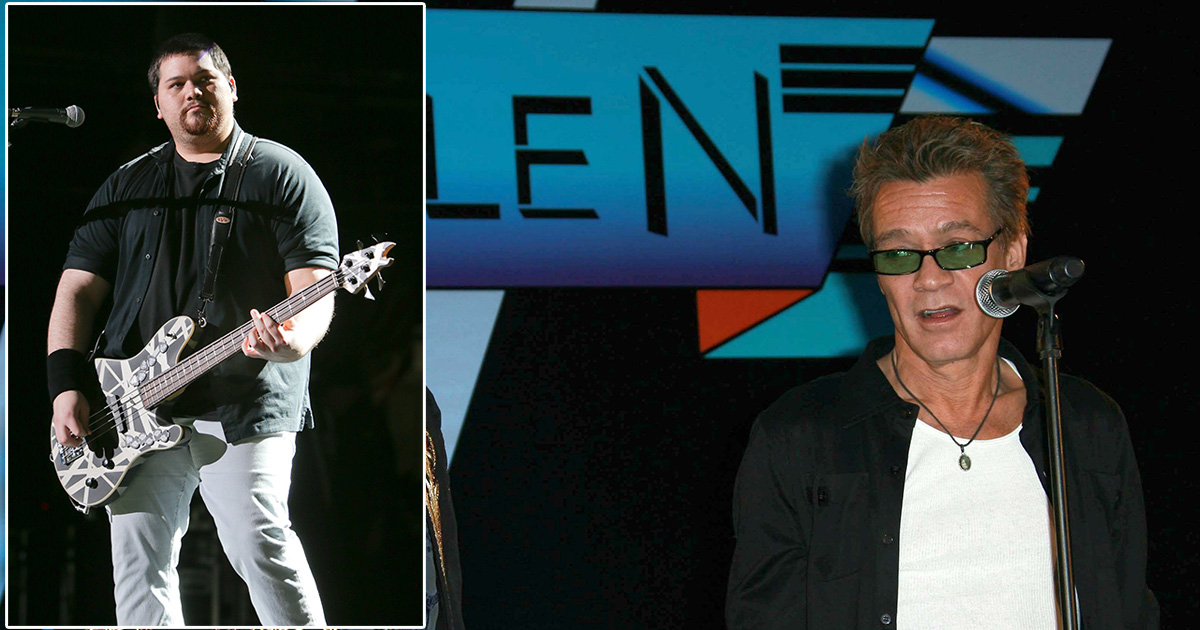 If Jimi Hendrix opened the door to what could be done on an electric guitar, Eddie Van Halen split-kicked that door in. This led to decades of success, international tours, signature guitars, and an eruption of teacher/student fantasies. But that doesn’t mean his life hasn’t been without struggle. We sat down with Eddie to talk about accepting his only child, Wolfgang Van Halen, as a bassist.

The Hard Times: Can you tell us about the moment Wolfgang came out to you as a bassist?

Eddie Van Halen: Ya know, there were some signs early on. When he was about 9 months old I put a little guitar in front of him. Instead of using his thumb like a pick, he used his index and middle fingers to strum the strings one at a time. I almost cried seeing my boy touch his first guitar. He looked so lame.

But is that really so bad? Society has progressed to largely accept bassists as valid musicians.

True, but it’s not enough. I’ll love my son no matter what but as a parent you want your children to have lives that are free of pain. I was afraid being a bassist would add difficulties at every step and he would flee from music and become a jock or worse. I see now that I was being overly cautious and I’m much more accepting of his lifestyle choices these days. Sorry, his genetic predisposition. Forgive me, I’m from another time. But I am not stuck there no matter how I still dress.

Have you ever talked to Wolfgang about how, historically, you’ve paid bassists in your band way less than anyone else?

Woah buddy, that stings. I want to state publicly that I’m no bassphobe, kay? I’ve welcomed bassists into all of my bands. Sure, in my younger years, I paid them peanuts compared to the other members and said things like, “Lemmy tell you this, I don’t care if you play bass as long as you stay away from me on stage,” but I’ve apologized for those comments repeatedly. Besides, literally every band was paying bassists less! I regret it, but it was so commonplace back then.

Do you have anything to say to young bassists out there?

It gets better. I promise. If you’re a young bassist thinking about jumping off that cliff and picking up a more respected instrument like kazoo or triangle, please stand strong. If I can change, the rest of the world will eventually change too. We need more bassists, not less. But for real, stop trying to play goddamned bass chords under a guitar solo.