Forlorn Man Sends $18.50 to Ticketmaster Just to Feel Something Again 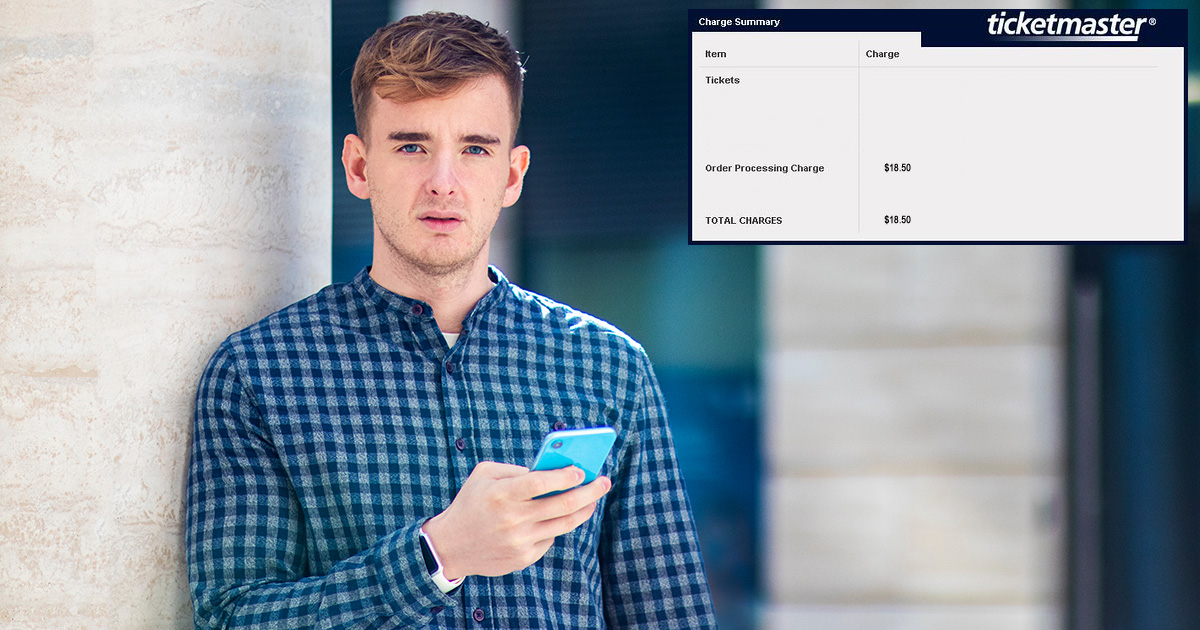 “None of it goes to artists anyway, so I figured I could skip everybody but the middleman,” said Stegman while using the confusing Ticketmaster App that sells his data without his consent to multiple third party aggregators. “The random fees used to send me into a rage, but I’m strangely nostalgic for them now. After I pressed ‘send,’ I found myself whispering, ‘These fucking pirates’ under my breath, and I felt alive for the first time since March.”

Stegman’s girlfriend Dee Lobalso couldn’t figure out why he was so upset looking at his phone, but when he calmed down long enough to explain, she was supportive.

“He was furious at how wasteful it all seemed, and how the ticket price is basically a fucking lie… and for that one beautiful moment, everything felt like it was back to normal again,” Lobalso said. “I haven’t seen him this happy since he looked up the price of a flight and saw that it was another $30 to carry on a bag.”

TicketMaster chairman Jared Smith confirmed these hate-payments have become more popular since the COVID-19 pandemic began, and assured people that if anger was the feeling you’re looking for, he could provide it.

“We don’t need your money. Hell, I already own like, six boats. I might sink one just to have something to look at when I go snorkeling off the other, bigger boats,” said Smith while grilling a panda steak over a bonfire of $100 bills. “I can’t tell you exactly what we’ll do with the money, but I can personally guarantee it will go towards some absolutely vile shit, like poking holes in condom packages or opening up 1,000-piece puzzles, throwing away a single piece from the middle of the sky, and sealing them back up. That’s the TicketMaster guarantee.”

As the idea spread, TicketMaster created a new app called TicketMaster Rage, where people can pay them directly for absolutely nothing. They charge an additional $7.50 convenience fee to use the service.