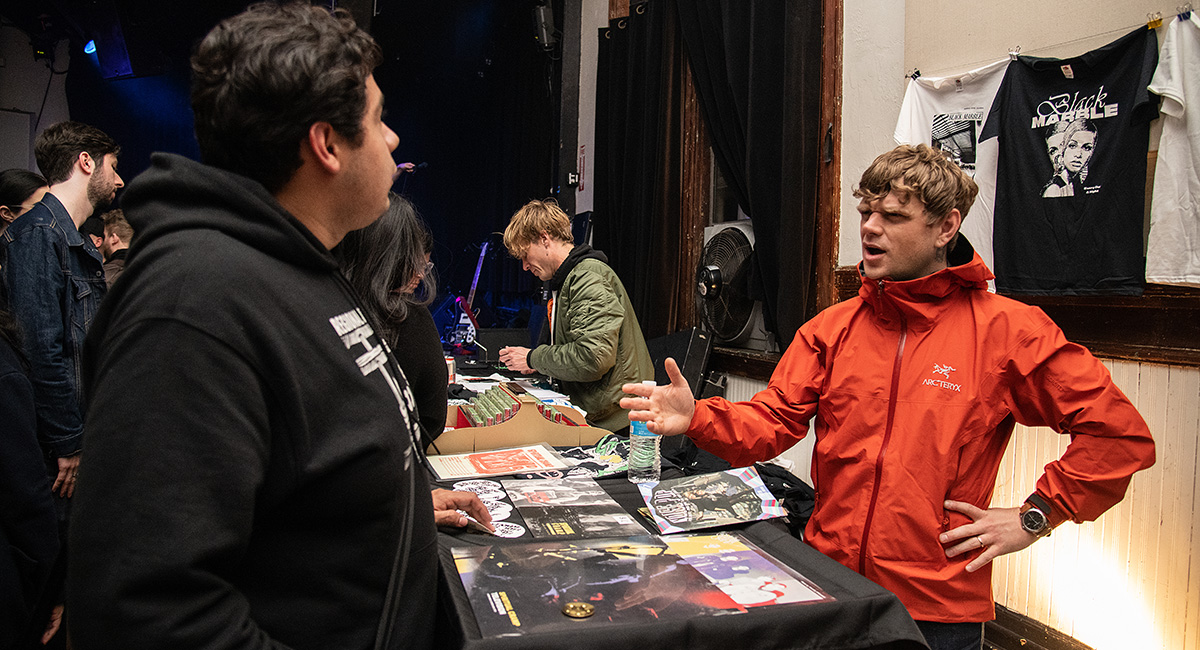 GRAND RAPIDS, Mich. — Tour manager and merch guy Danny MacDonough was confused last night when a fan attempted to steal a sticker that was actually being given away for free, fellow bewildered onlookers confirmed.

“They usually go for something higher end — you know, a CD or a bottle opener — so when I saw this kid slyly reaching for the stickers clearly labeled ‘free’ and stuffing it up his hoodie, I didn’t know what the fuck was up,” MacDonough recalled. “I mean, these things are made for about 0.003 cents a piece. If even one person slaps it on a laptop or skateboard, we’ve pretty much made our money back.”

“It began when I started going to shows… back when I really just couldn’t scrape $1 together to buy a sticker. But now, I mostly do it to fuck with the merch person,” admitted Jacobson. “As if some 37-year-old on a diet of curly fries and cheap beer is gonna leave the table to chase down a sticker that’s just gonna sit in my junk drawer for years.”

“I have a huge collection of stolen stickers in my mom’s attic where I live — ‘I voted’ stickers, Planned Parenthood stickers, those ones that come on the bananas… so many,” he added. “And I didn’t pay for a single fucking one. So, yeah, I’m pretty seasoned by now.”

For his part, MacDonough blamed the incident on the band’s refusal to support his personal art — currently limited to the merch booth tip jar and several cartoons a local zine called “…too strange to publish.”

“I think we could’ve avoided this if the band just let me put my drawings on the ‘please take one’ signs,” MacDonough said. “I’m working on a maggot and butterfly motif that is extremely eye-catching and will definitely get the point across.”

Venue security let Jacobson go without issue, instead focusing all forces on a pair of glasses dropped in the pit.