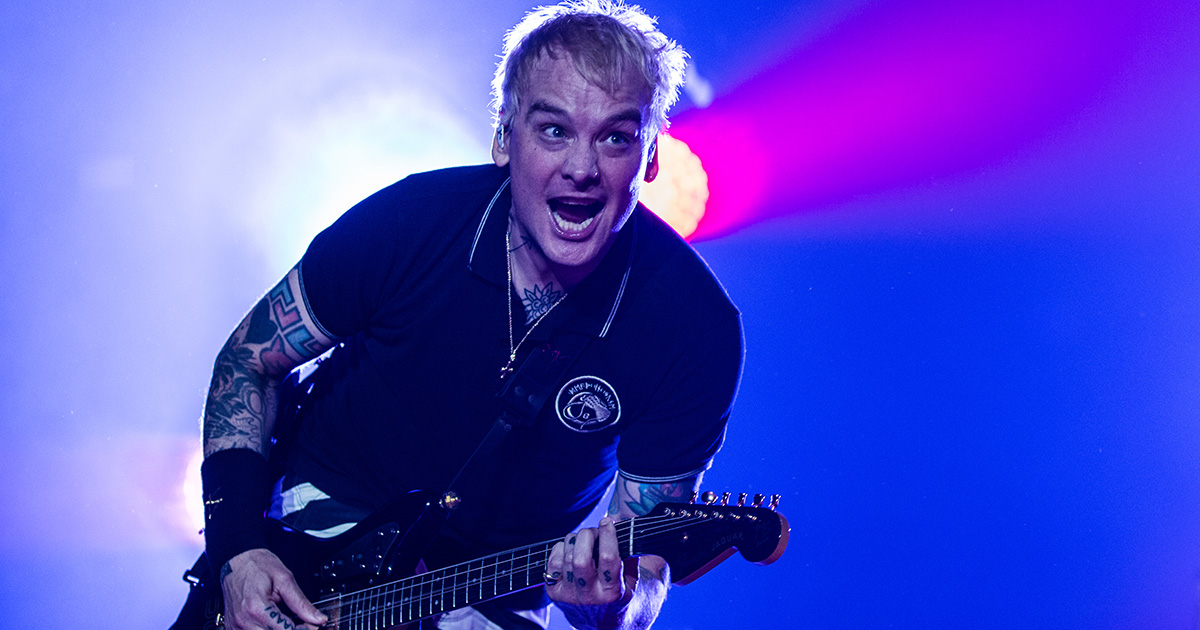 “You know, back then I really thought this would be my number one band for the rest of my life,” said Skiba, who joined Blink-182 in 2015, replacing longtime member Tom DeLonge. “Make no mistake, there was a time and place where those were the songs that spoke to me. But now this tattoo represents a younger version of me, one that drank a lot and barely ever cracked a fart joke. I listen to some of those lyrics now and I’m like ‘damn, I can’t believe I thought this was cool.’ We all grow up, I guess.”

Members of Blink-182 confirmed they have seen Skiba mature in front of their eyes.

“When we met him years ago on the road, he used to bring up Satanism and substance abuse constantly, which was definitely pretty intense, but he had this way of making it palpable,” said bassist Mark Hoppus. “These days though, he just makes armpit farts and sings inside jokes with us. He’s a totally different person now. He’s no longer writing songs about wanting to murder women and bury their bodies in the river, he’s writing songs about how girls are crazy and jerking off horses. So I can see why he’d want to get some of his more embarrassing tattoos removed that remind him of his youth.”

Many tattoo artists have seen an uptick in appointments made to cover up or obscure Alkaline Trio’s trademark logo, which depicts a skull inside of a heart.

“Oh sure, I’m covering up those Alkaline Trio heart skulls all the time. Usually I only have to cover up Brand New or Morrissey tattoos, but I think people get to a certain age and realize this Alkaline Trio stuff has run its course,” said Sydney Pitts, a tattoo artist at Barton Ink. “I was probably banging out about 10 of these in a week back in the early 2000s. My entire apprenticeship was practically those things and Heartagrams. That little heart and skull has been good for me and my family.”

As of press time, Skiba had begun a coverup tattoo of his own, incorporating the Alkaline Trio heart logo on his forearm into a larger piece that reads, “I (heart) Being in Blink 182.”