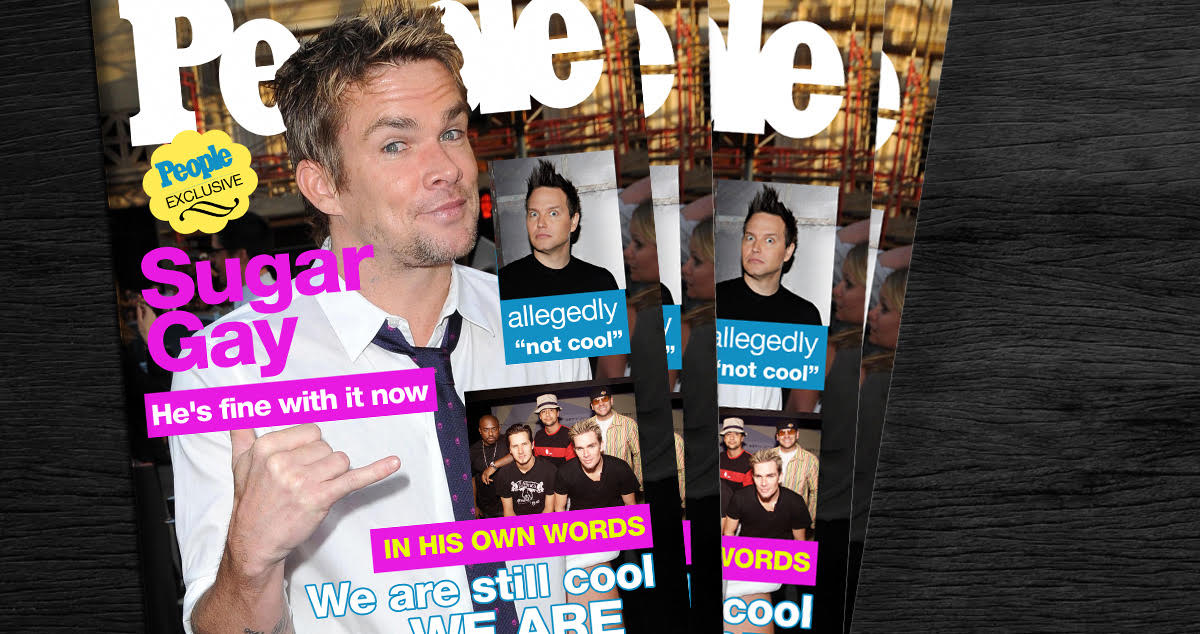 “Look, bro — it’s 2019. Times have changed. I used to look at it as an insult, but now it’s cool to be gay. I mean, it always was… but it’s like the fans have finally caught up to how progressive I’ve been all along,” said the singer, who was quick to point out he’s not actually gay. “But I’m not gay at all. No no no, man… 100 percent straight. I just don’t have a problem with being called that anymore. I’m pretty woke.”

The nickname first surfaced publicly when McGrath was the subject of a viral video in the early 2000s, in which he aggressively confronts a teen that yelled out “Sugar Gay!” as the former co-host of “Extra” exited a Los Angeles nightclub.

However, McGrath took full accountability for his actions.

“I overreacted, man — for sure. I was in a bad place that night, and that was like, the 10th time that day it was screamed at me by some random kid on the street. It was my tipping point,” McGrath said, entering his rainbow-painted custom Ferrari. “Today, I would have reacted totally differently. I would have thanked him for calling me that, because it would have been proof that we were still cool. We are still cool. We are.”

“I haven’t heard him say he’s going to ‘choke somebody’s head,’ or, ‘I’m Mark McGrath from the band Sugar Ray, motherfucker,’ in over a decade, so he really has come a long way,” said Parker. “I think part of it is he’s just happy to be recognized at all these days — lately, he’s become so polite to anyone calling him ‘Sugar Gay,’ or even mistaking him for the singer of Matchbox 20.”

In related news, Mark Hoppus is allegedly still “not cool” with being called “Stink 182.”