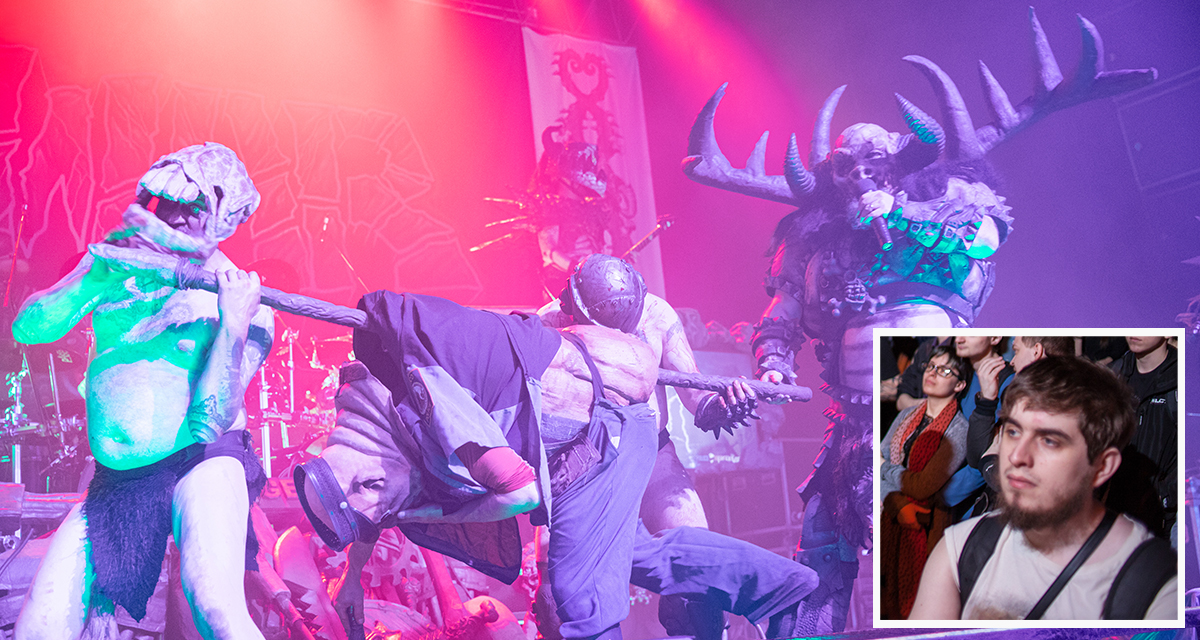 NEW ORLEANS – Local music writer Nate Grassfield expressed doubts of authenticity this week while attending a GWAR concert, according to sources on scene.

“As the band came on stage, I immediately noticed something was off,” says Grassfield. “They all appeared to be in need of medical attention, but no one in the venue seemed to be concerned. It also did not make much sense to wear so many serrated blades if they were going to be performing in such close proximity. At one point the band brought up a few fans and fed them into a giant meat grinder on stage. They were smiling the whole time and kind of waving their arms. It didn’t seem like their flesh was being ripped from their bones to me. I was harboring my skepticism but something seems fishy.”

“Also, I don’t even think Blöthar the Berserker is that guy’s real name,” he added.

Several attendants mentioned having heard from Grassfield during the show.

“Sawborg Destructo was jabbing his buzzsaw into the crowd at the front, and this guy just poked me and said ‘I don’t think that’s even a real saw,’” said concertgoer Delaney Cruz. “I also kept hearing him mutter to himself about not ever meeting anyone with hooved feet before. It was really ruining the vibe of the show to have this dude walking around raising his eyebrows and shaking his head the whole time. Who is this fucking guy?”

Crowd psychologist Seth Prague says it’s not unheard of for certain individuals to have trouble grasping the concept of theatrics.

“In certain people the brain is unable to differentiate between reality and the subtleties of a realistic performance,” Prague explained. “Seeing as how this was a GWAR show, however, I have no choice but to conclude that this guy is probably just plain old dumb. Just like that Davis kid that came to my son’s birthday party who left crying when the magician stole his nose.”

At press time, Grassfield was covered in several gallons of bright green semen and could not be reached for comment.