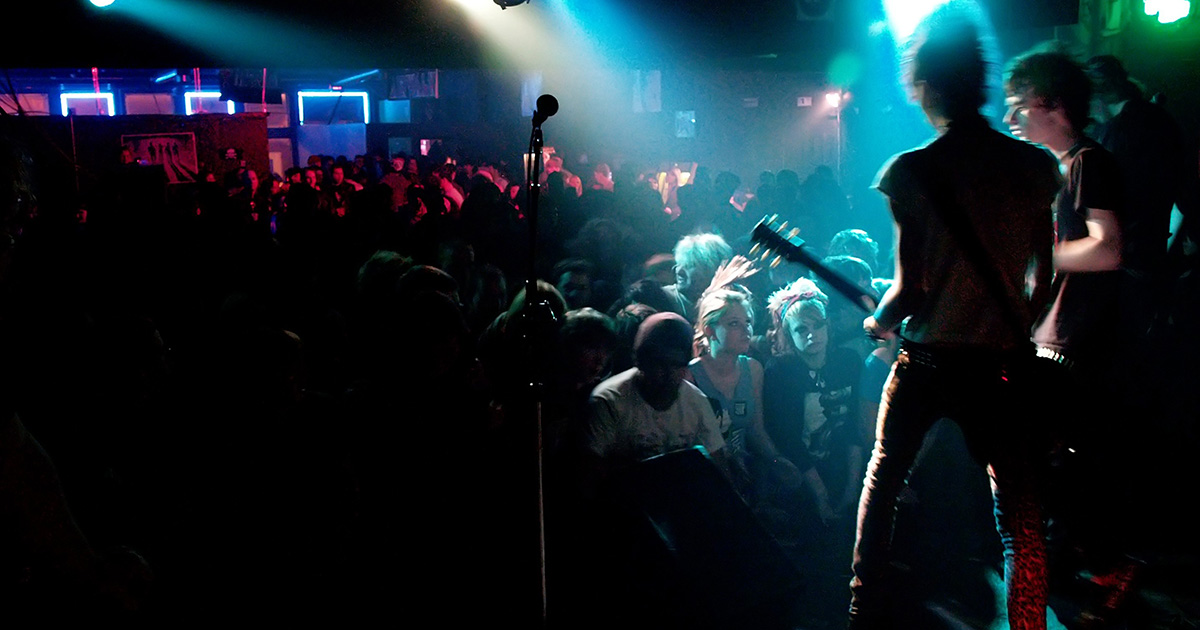 MINNEAPOLIS — Popular DIY venue The Dank Vault has reportedly been raided by local police after revelations that the small establishment was at the heart of an elaborate exposure laundering scheme, sources confirm.

“I’m still in complete shock,” said promoter Leo Prescott. “The Vault was a goddamned institution. You couldn’t ask for a better place to convince local bands to buy out three hundred dollars worth of tickets in advance to be one of five openers for The Faceless. To think that some underhanded shit was going on there the whole time…”

“I played a ton of shows there, and I always knew something was fucked,” said Pete Butler, drummer of local grindcore outfit Nerdz Rope Catheter. “Like, every time the door guy thought no one was looking, he would stamp his own arm and then throw a wristband in the trash. Everyone thought he had a sick tat sleeve, but it was literally all just stamps. Weird shit.”

Chief of police Jeb Bennigan spoke to journalists at the scene, noting that the investigation is still ongoing.

“It appears that mid-level bands were using this establishment to launder ill-gotten exposure gleaned from the summer festival circuit. These criminals knew there was no way a harsh-noise duo named PSYCHIC//KNIFE with two-thousand monthly Spotify listeners could legitimately be playing a showcase set at South by Southwest, so they had to run that exposure through the more believable setting of a dive bar with a two-hundred and fifty person capacity. Unfortunately for them, our forensic accounting team was able to detect this fraud using advanced algorithmic high-volume transaction analysis software that determined within a one percent margin of error that these bands fucking suck.”

At press time, Chief Bennigan noted investigators were also looking into a number of shell collaborations and Swiss Bandcamp accounts linked to the implicated bands.