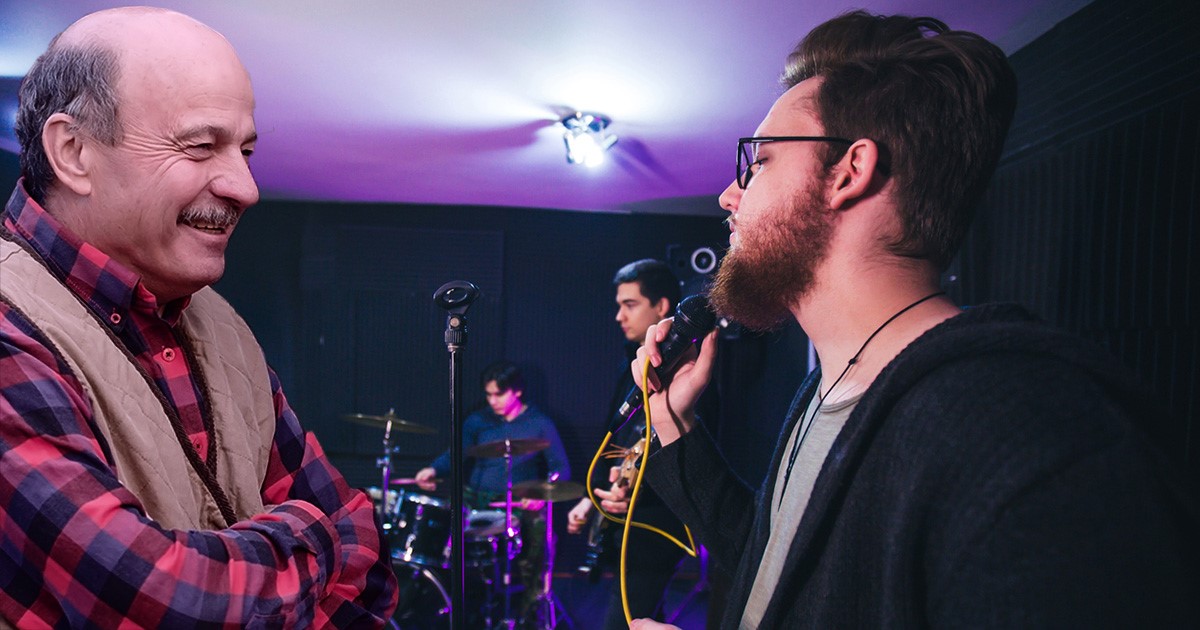 “When he first came into the garage, joking that we needed to tune our ‘axes’ or we’d never ‘get any,’ I just shook it off,” said 16-year-old son Justin Berg, guitarist and singer for the punk trio Idiot Fox. “But then he stuck around and asked my bandmates what they thought of the ‘sweet birthday axe’ he bought me — calling it ‘cherry,’ and ‘pretty money.’ We all just nodded politely and I said, ‘Thanks again, Dad.’ But inside, I’m screaming. Before I knew it, things just got worse.”

It was then that the 51-year-old man’s presence prompted the band to “take 10,” leaving the elder Berg an open opportunity to appreciate their gear up-close and personal.

“I think Mr. Berg had just started his second Peach & Peanut Butter IPA in like, five minutes when he called my bass a ‘real heavy beast of an axe’ and minutes later, a ‘frickin’ righteous axe,’” said 17-year-old-bassist Alan Benson. “I know he was just being nice, but I started to feel like I was in quicksand after that. And I also started to feel like that wasn’t his second beer.”

Drummer Cory Franklin recalled when Justin’s father attempted to lead the young group in a cover.

“He picked up Justin’s guitar and started reminiscing about his old black Ibanez… which, of course, he called ‘his first axe,’’” said an exhausted, confused Franklin. “He eventually pressured us into learning some song called ‘Blues Traveler.’ Or is Blues Traveler the band? Either way, we did it just so he would leave us alone.”

When reached for comment, Mr. Berg, notably sleepy, seemed delighted to have connected with his son and a younger generation of musicians.

“I think the kids are alright, but sometimes, you still gotta show them how to rock that axe,” said Berg. Following a brief silence, he added, “…They still call it an ‘axe,’ right?’”