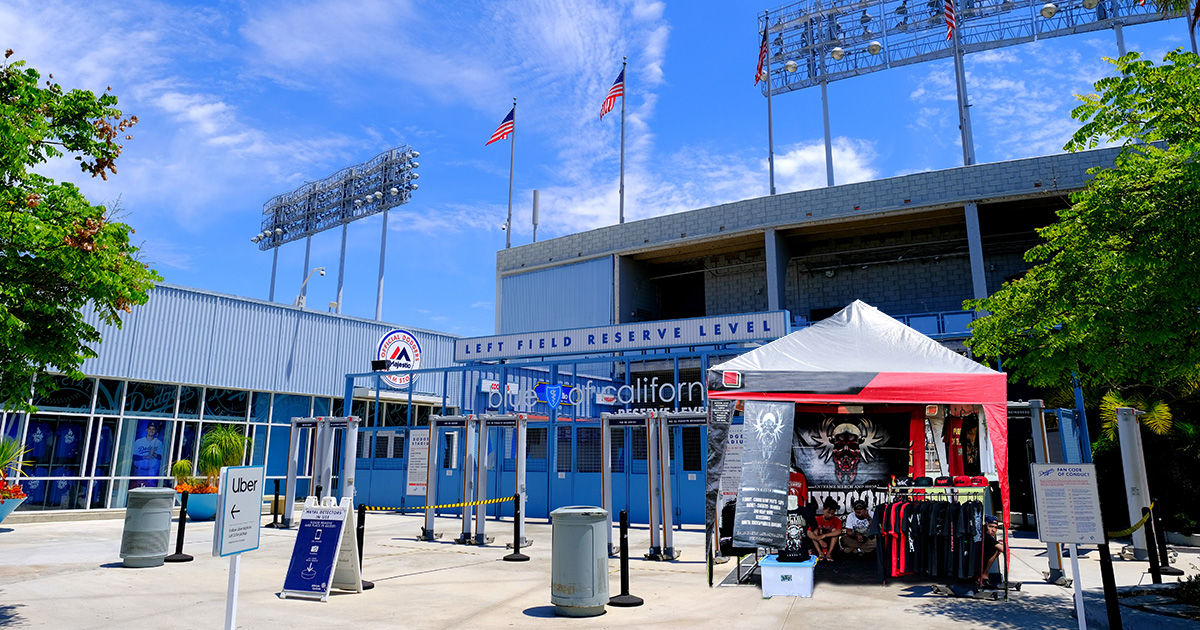 “At first I thought they were employees, because they kept saying, ‘Thanks for coming out’ to people exiting the stadium,” reported Franco García, a chef who received his first vaccination on Monday. “But when they offered to sign my vaccine card, that’s when I knew they weren’t affiliated with the site in any way. Last I saw on my way out, a few of them were walking up and down the line handing out printed QR codes to their Bandcamp.”

Multiple witnesses complained that the band’s unfortunate signage and merch design were even more off-putting than their odd behavior.

“They were sitting underneath a sign with ‘E.M.T.’ painted in huge letters. I guess it stood for their band’s name, but I don’t think the people approaching their table for medical attention knew that,” said Candice Blais, who was vaccinated at the site last Friday. “But the real problem was the design on every piece of merch: a syringe with a red crossed-out circle over it. I can recognize a straightedge band a mile away from my DIY days, but some people in line mistook them for anti-vaxx protesters. A fight almost broke out before security intervened.”

Band members defended their decision to set up shop outside of the stadium, which they were removed from by force by stadium officials.

“We’re used to the occasional scuffle with venue security, so that didn’t phase us. This isn’t over,” Effigy at the Madhouse Tabernacle frontman Cliff Eaton assured their 57 fans on social media. “There’s no way we’re giving up such a high traffic spot that easily, which I think was pretty obvious from our refusal to back down. But a three-person wall of death is just not enough. COVID really knocked the scene values right outta this crowd.”

At press time, San Fernando Valley residents spotted the band in their drummer’s garage, peeling the red circle-backslash symbol decal off their merch.