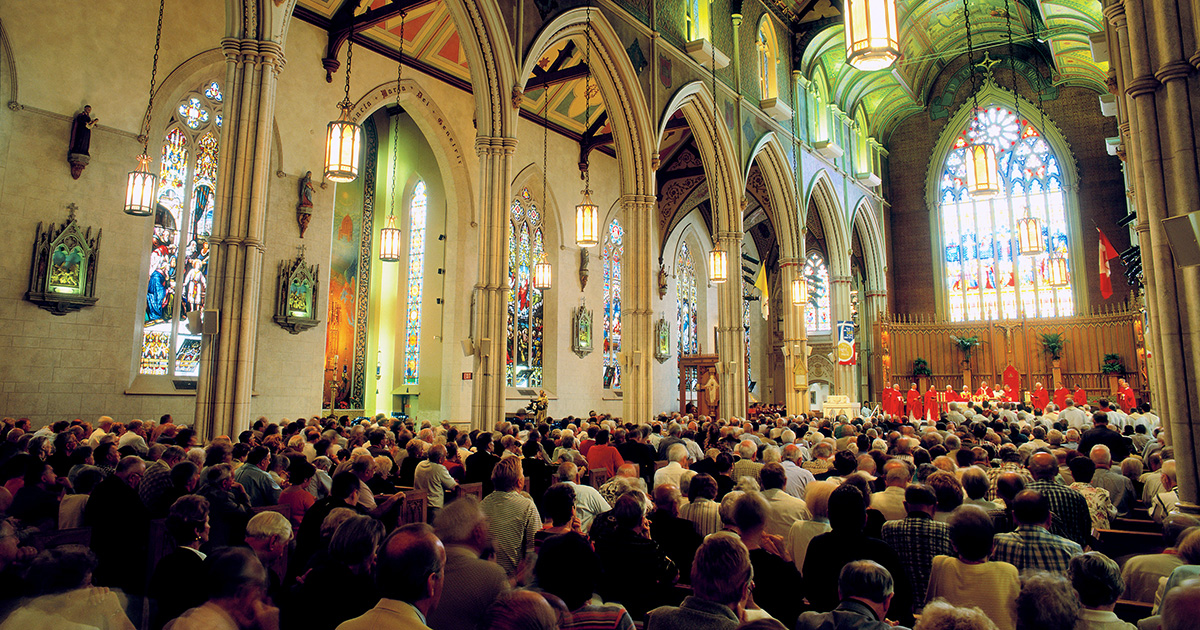 NEW YORK — Two local punks grew incensed last week by a “lame show at a weird bar” they attended, which turned out to be the evening mass at St. John the Divine.

“We were drinking hard at O’Flannigan’s, and eventually got kicked out because the people who run that place are fascists,” admitted Tim “Axle” Conroy, between large pulls off a bottle of vodka. “Then my pal Dogfart wanted to hit the bodega for cat food. On the walk, we heard some loud tunes and a big crowd, and I said, ‘It’s Tuesday night, baby — lets fuck shit up!’ But it was a dead scene in there.”

The duo went unnoticed in the back row of the church until the Litany, when they competed to see who could shout the names of genitalia the loudest.

“They were cupping their hands to their faces and making flatulent noises when they walked up the aisle for the Blessed Sacrament,” reported Choir Director Susan Tanner. “Please forgive my language, but they were as ill-mannered as the folks over at the Greek Orthodox church.”

Conroy’s girlfriend, Sheila Sampson, figured out that the duo were in a church service through a series of text messages.

“He said they were drinking blood from a goblet — which sounded pretty cool — but then he said it tasted like ‘quarters soaked in Pepsi,’ and that’s all they were serving,” said Sampson. “Then he said the opening band was wearing dresses and sounded like Pink Floyd. He sent me a photo of the place… it just so happens, that’s where my parents used to drag me every Christmas. I had no idea they did shows there.”

The pair were ejected after they allegedly tried to start a fist fight with a statue of St. Peter.

“On the way out, they screamed that our youth band ‘sounded like a turd-hole,’ the wine tasted like ass, and that the venue was butt,” said Youth Pastor Sam Collins. “If you ask me, our youth band sounds like the Lord’s word… hole.”

Geoff “Dogfart” Bermuda, who was last seen skanking with Conroy in a crowd of Hari Krishnas in Union Square, could not be reached for coherent comment.