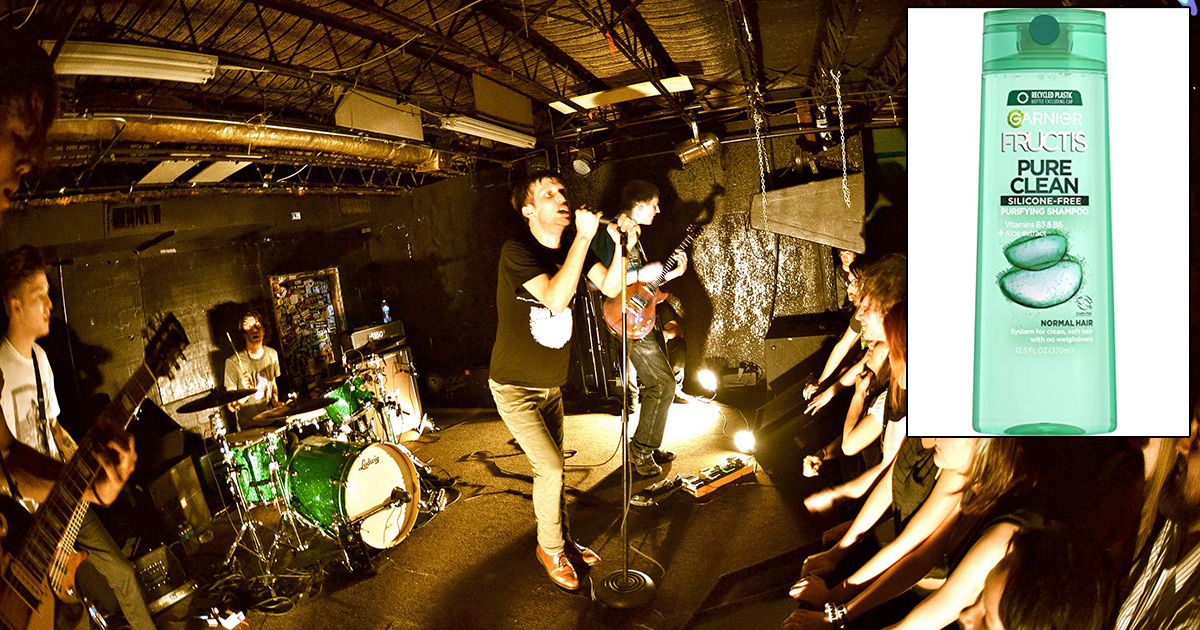 “I think it’s only natural to be weary and tentative when a band you’ve been following for years starts changing things up,” stated frontman Jordan Dreyer. “But I assure you that we are the same La Dispute you know and love. We’ve gotten better at our craft, and we’ve grown as people. First, I sang about relationships of my own. Then as I grew, I started writing in other people’s voices, and even making up stories about my own about my home state. 18 years in, I’m noticing the things in life that come from unassuming places, and they’re inspiring me. Today it’s a frenetic math-rock groove about Selsun Blue, but who knows what tomorrow will bring? Those Lunchables labels are off the chain, and those preservatives deserve a look too.”

“La Dispute’s music got me through some tough times, but I don’t know about this one,” said Skellack. “I’ll still come out to shows and check them out, but I really hope they get back to their roots… and I’m not talking about Nanogen’s 7-in-1 Hair Thickening Treatment. Like most departure albums, I think they just need to get this out of their system, and we’ll be back to normal. If this truly is part of a personal journey, then it’s fine. But if I ever see them roll up with a V-05 decal on their van, I’m outta here.”

“What we’re seeing here is nothing new,” asserted Miller. “Some bands find a new sound, some experiment with new instruments, and they kill it. Sometimes it’s more of a creative purge so they can get back on track. These La Dispute guys are still young, and they’re quite good. Let them read their labels, and be patient! This could unlock an entirely new era in their growth and fans will be singing along about sodium lauryl sulfate for years to come. And besides, there’s no way the new album could be worse than ‘Lulu.’”

At press time, Dreyer was seen shouting a poem about Liquid Glass in the automotive section of Walmart.