Kendrick Lamar Unsure How to Remove Preloaded U2 from Album 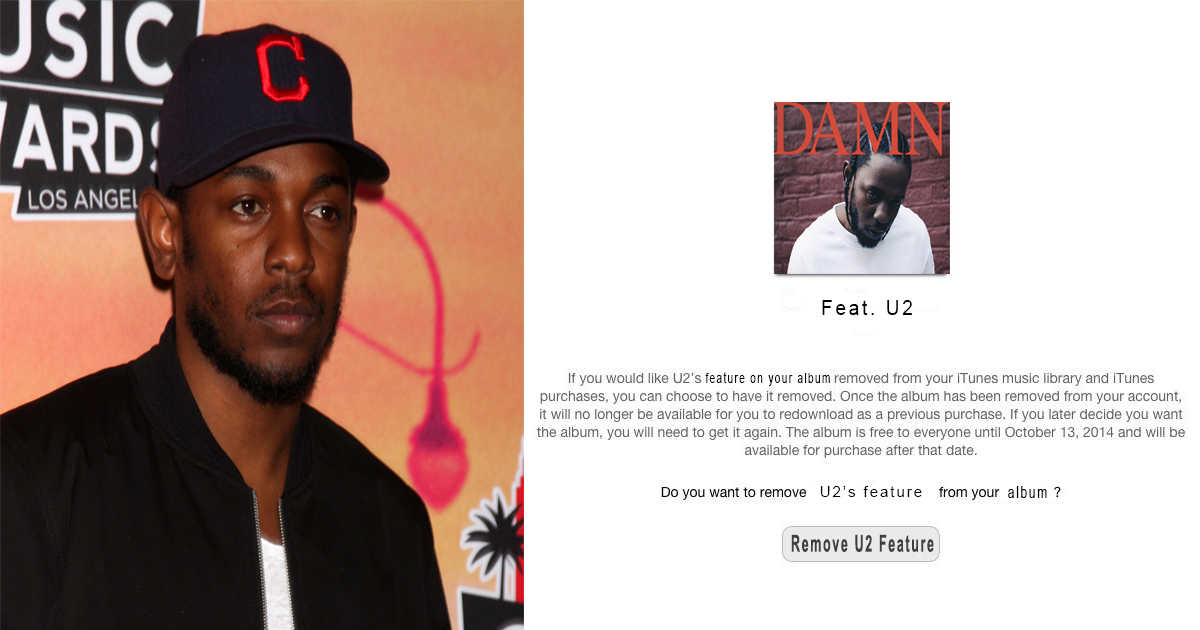 LOS ANGELES — A reportedly distraught Kendrick Lamar was unavailable for comment following the Friday release of his latest album, Damn, which much to his surprise came preloaded with new music from U2. The incident happened in spite of industry efforts to prevent such a repeat of the infamous iPhone debacle of 2014.

“We now know how to protect our devices from U2, but if they are able to infiltrate other artists’ songs, well, I’m not sure how long our society can survive that,” one industry executive, who spoke on the condition of anonymity, said. “Honestly though, I thought this one could have been a lot worse. Have you listened to the song? It’s one of my favorite on the album! Bono doing his Robert Goulet impression and everything!”

Critics have largely echoed the sentiment, with one Pitchfork editor writing, “whether or not it was intentional, this was Kendrick showing us that he can overcome literally anything. If Kendrick returns the favor on every song on the next U2 album, it might be worth a listen.”

A member of Lamar’s inner circle briefly addressed members of the media on the rapper’s behalf, explaining, “Kendrick is upset right now. I mean, he just followed To Pimp A Butterfly with fucking Zooropa or some shit. You’d be pissed, too.”

After collecting his emotions, Lamar’s representative said, “you know why I think Kendrick is so shaken up — and he wouldn’t say this because he respects Bono too much — but I think the fact that U2 dropped a track on his album and didn’t even throw in any of those cool chiming guitar arpeggios with that luscious delay that the Edge does on Joshua Tree. I think that’s tough for all of us to take right now.”

At press time, it remained unclear if Lamar would take legal action.