Jerry Only Offers Aspiring Musicians Chance to Tour as “The Misfits” 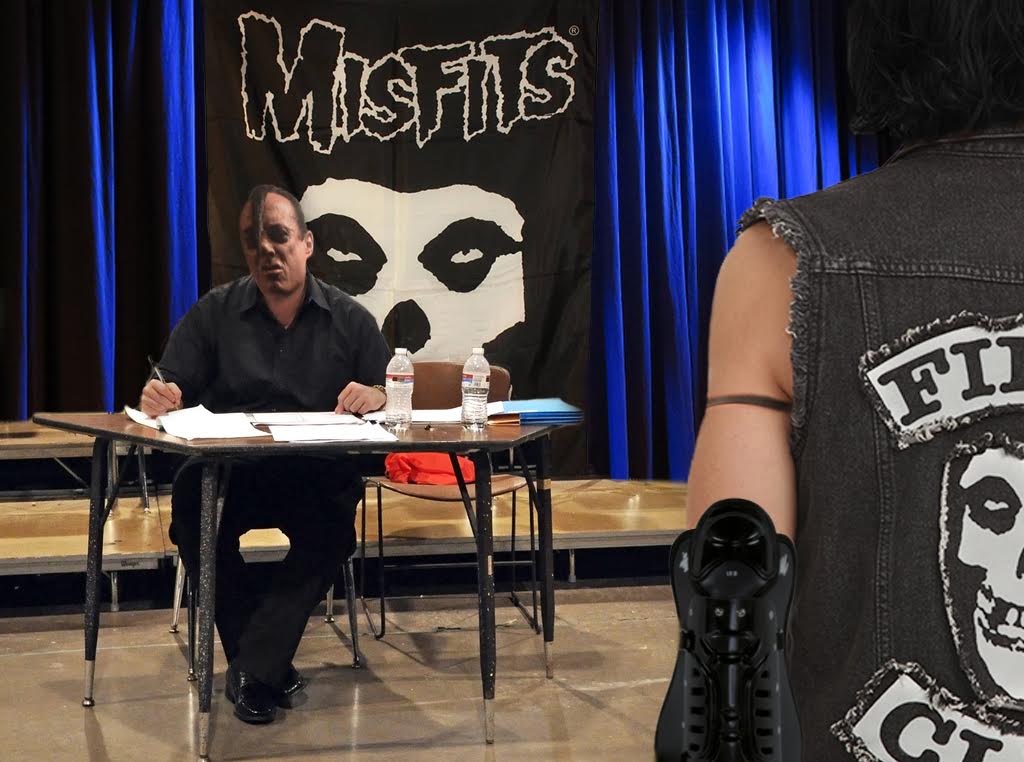 LODI, N.J. – To celebrate the band’s 138th lineup, original bassist Jerry Only is offering “three lucky Fiends” a chance to buy gear, rent a van, and tour the world as the legendary horror punk icons the Misfits.

“Last tour we just put out a casting call on Craigslist but only found a lesser Ramone to play drums — I think his name was ‘Shecky Ramone’ or something,” Mr. Only said, taking a break from approving the latest batch of Misfits-branded merchandise. “I figure it’s time to give back to the Fiendbase, those who have kept the Crimson Ghost trademark holding on for dear life these last few decades.”

The Play Among Us contest, which will run through January, requires aspiring Misfits to pay a $50 non-refundable entry fee, record a YouTube video in HD while wearing Misfits makeup, and learn to play the six basic notes that cover the band’s non-Michale Graves-era catalog.

“Don’t worry,” Mr. Only reassured fans in a press release. “We aren’t planning on doing any of the stuff that requires harmony. Hell, we can open and close with ‘Death Comes Ripping’ if that makes things easier on the three lucky amateurs who make it to the top of our manager’s inbox.”

Not all Fiends are grateful for this opportunity, however. Phil Maldohide, a part-time studio drummer for Anti-Flag, recalled his recent tour with the Misfits, in which the band played the Whiskey’s “Annex” room in Brooklyn while Samhain played in the main venue next door.

“They were having some Halloween party upstairs, and we got nothing but run-off from their show,” said Mr. Maldohide in an interview. “They thought we were a Misfits tribute band and not the actual Misfits. It’s like they don’t even recognize us.”

When announcing the offer, Mr. Only took pains to remind potential Misfits that he is offering a very unique opportunity.

“This is a once-in-a-lifetime chance for fans of our music,” said Mr. Only. “As in, most punk bands from our era have already toured with me at least once in their lifetime. Since most of those guys are either dead, retired, or just sick of trying to grow a comb-over hawk, I figure this is the right move for my royalties.”

Article by Ray McMillin @RainmanMcMillin. Photo by Torjussen and thepanamerican.