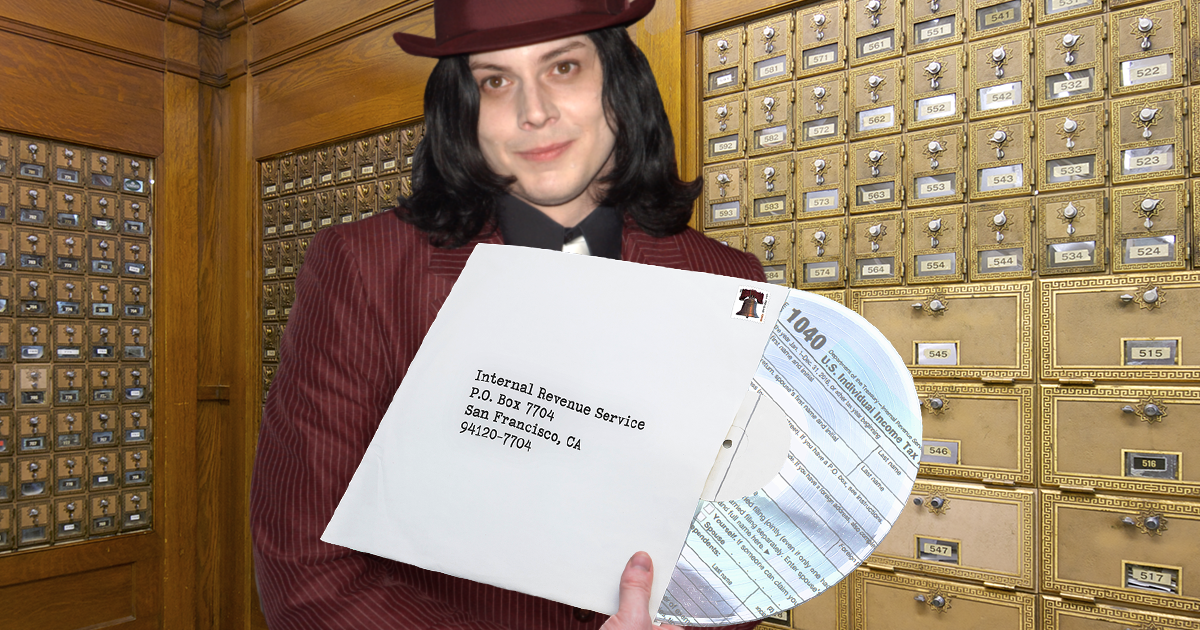 NASHVILLE, Tenn. — Militant renaissance man Jack White filed his 2020 tax return on vinyl in a move that’s thrilling high-fidelity taxpayers, according to sources within the IRS.

“I’ve never forgotten how I felt as a kid, thumbing through my dad’s old longforms,” White said through the crackle and hiss of his candlestick telephone. “The dust, the smell, the illicit write-offs … those returns were alive. They were the reason I wanted to file in the first place. The digital method has reduced all that to some soulless, disposable ‘transaction.’”

Known to the IRS by his birth name, John Anthony Gillis, White hand-cut the vinyl himself, using “a lathe he hand-built with tools he hand-built with his hands.” That process, and the subsequent analog filing, are part of the pasty axman’s efforts to reconnect with the true spirit of income taxes.

Experts confirmed that, though digital filing is by far the “most common and least asshole” means of paying taxes, nothing in the myriad tax codes specifically forbids submitting on vinyl. Nonetheless, IRS agent Glenn Garcia was exasperated by White’s choice.

“We’re totally not busy or anything this time of year, so we really relish any moves that complicate the process. And, hey, thanks for not including a dropcard, Jack,” said Garcia, rolling his eyes. “So pumped to ‘spin the black circle’ on my 20-minute lunch break — if I can get access to any of the IRS turntables. They’ve been in storage since the mid-’80s.”

While Garcia begrudgingly conceded that White’s taxes did seem “rich and warm” when examined, Garcia is gravely concerned for the precedent this sets. “So, now what? Next year some renegade in Grizzly Bear files on cassette, and then we’re sorting through a pile of reel-to-reel 1040A’s from the whole Matador roster? No, thank you!”

Update: Less than 48 hours after White’s filing, the IRS received a second vinyl submission from one Daniel Auerbach. An agent familiar with the filing claimed it’s very similar to White’s, but “way, way less cool.”