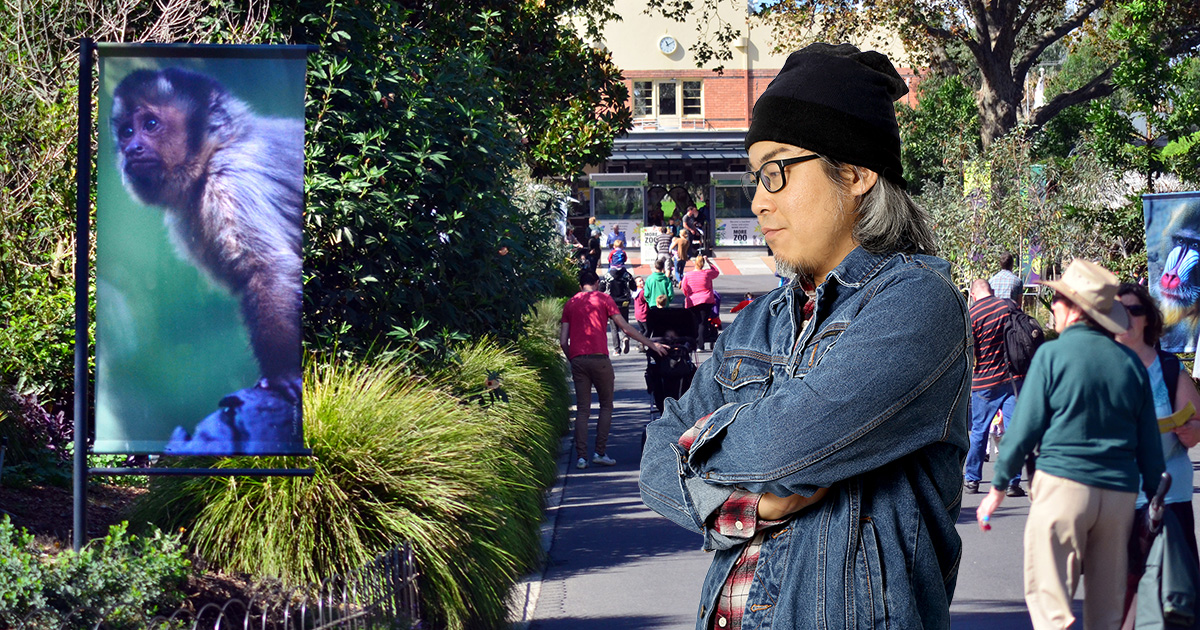 NEW YORK — Local indie fan Ian Hudson was completely unimpressed with the Bronx Zoo’s new “underwhelming and derivative” arctic monkey exhibit that opened last Sunday, sources who knew them before they were trendy on the Discovery Channel reported.

“I liked the arctic monkeys better when they played in smaller enclosures,” said Hudson while smoking a light blue American Spirit. “Ever since I saw them in a tiny cage at the London Zoo back in 2007, I’ve been one of their biggest fans. But that was before they were popular. Now they’re just wandering around the habitat and eating fruit. It’s like they don’t even care about the people who supported them from the beginning.”

College student Isabelle Burdock, who last saw the arctic monkeys five years ago at her hometown zoo, had kinder words about the new additions.

“As soon as I heard the Bronx was getting an arctic monkey exhibit, I bought tickets for opening day,” Burdock said between sips of a Mexican Coke. “It’s really exciting to watch them play in this huge new habitat. The new tricks aren’t as intense as their older ones but I’m still having a great time. The people complaining need to get over themselves. If they want to be pretentious about smaller, more underground animals, the rodent exhibit is on the other side of the park.”

“Ever since we announced this exhibit, my colleagues and I wake up to multiple missed calls from people high off their asses complaining about how much the animals changed when they went mainstream,” said Innes. “Arctic monkeys were all the rage with hipsters and college kids 10 years ago. They’re not going to do the same tricks they did in the past. They need new forms of enrichment in their enclosure to survive in captivity. Anyone who actually works with primates would respect that kind of evolution.”

At press time, Hudson was in considerably better spirits after leaving the primate exhibit to watch the zoo’s fleet foxes play with a piece of ragged wood.