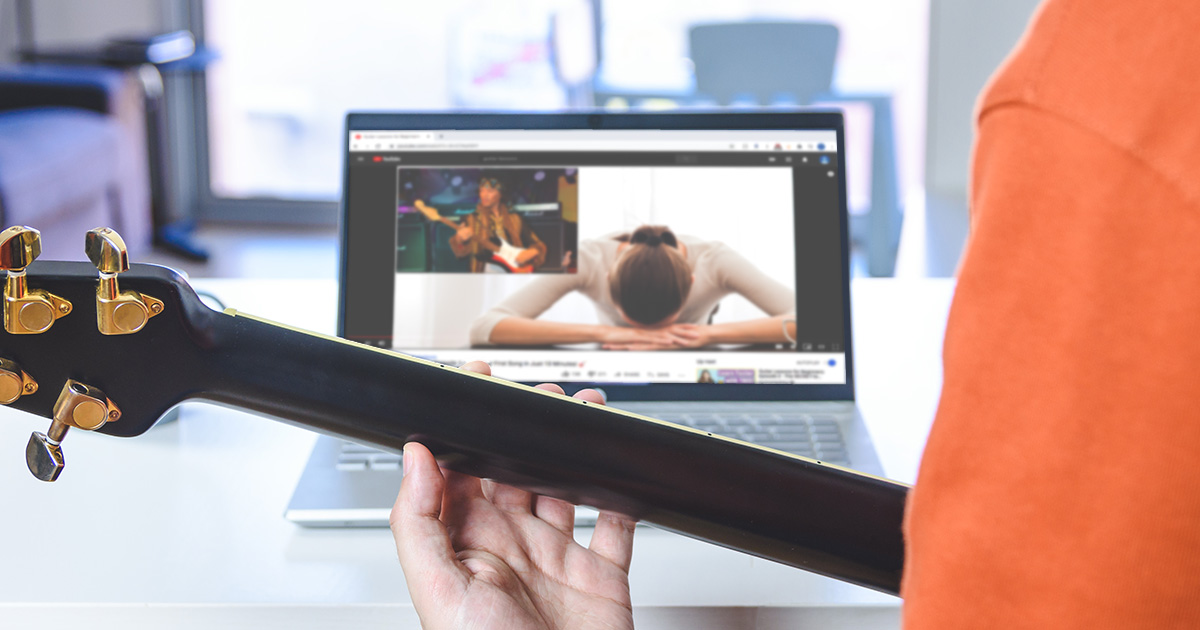 DETROIT — Local YouTube guitar teacher Nita von Bismark quietly mumbled to her online students that she would put on a Jimi Hendrix documentary and would not take any questions following an epic night of drinking, confused YouTube channel subscribers confirmed.

“Fuck me. Breathing hurts. Why does breathing hurt?” muttered von Bismark between belches. “That’s the last time I play a virtual gig the night before I have to teach YouTube lessons the next morning. The show was a rager, for sure. I barely got through the set, and then virtually partied with our seven followers doing shots until about 4:00 a.m. I haven’t even showered yet, but my students expect the goods, and so I have to deliver something. I hate to phone it in, but we all have our days. Christ, why did Hendrix have to play so loud?”

One of von Bismark’s subscribers, 12-year-old Emma Jorgensen, awkwardly sat for 45 minutes watching the lesson as von Bismark swayed back and forth in her chair.

“I couldn’t really tell if she was awake or not, because she was wearing sunglasses the whole time and snoring intermittently,” recalled Jorgensen. “She kind of looked like my mom after she stayed up really late that one time, drinking bottles of wine while watching reruns of ‘The Bachelorette.’ I guess she didn’t know she could’ve recorded the lesson earlier and posted it whenever she wanted to. Old people have a hard time understanding technology.”

“Oh yeah, I’ve been there many times,” noted Fernsby. “Last weekend I had a horrible bout of food poisoning, so instead of rescheduling, I just taped a microphone to my cat and recorded her while she was purring and licking herself. Ironically, that video has been my most popular one to date.”

At the conclusion of the guitar lesson, von Bismark immediately ordered tacos from DoorDash and took a nap afterwards to rest up for a virtual date that same night.