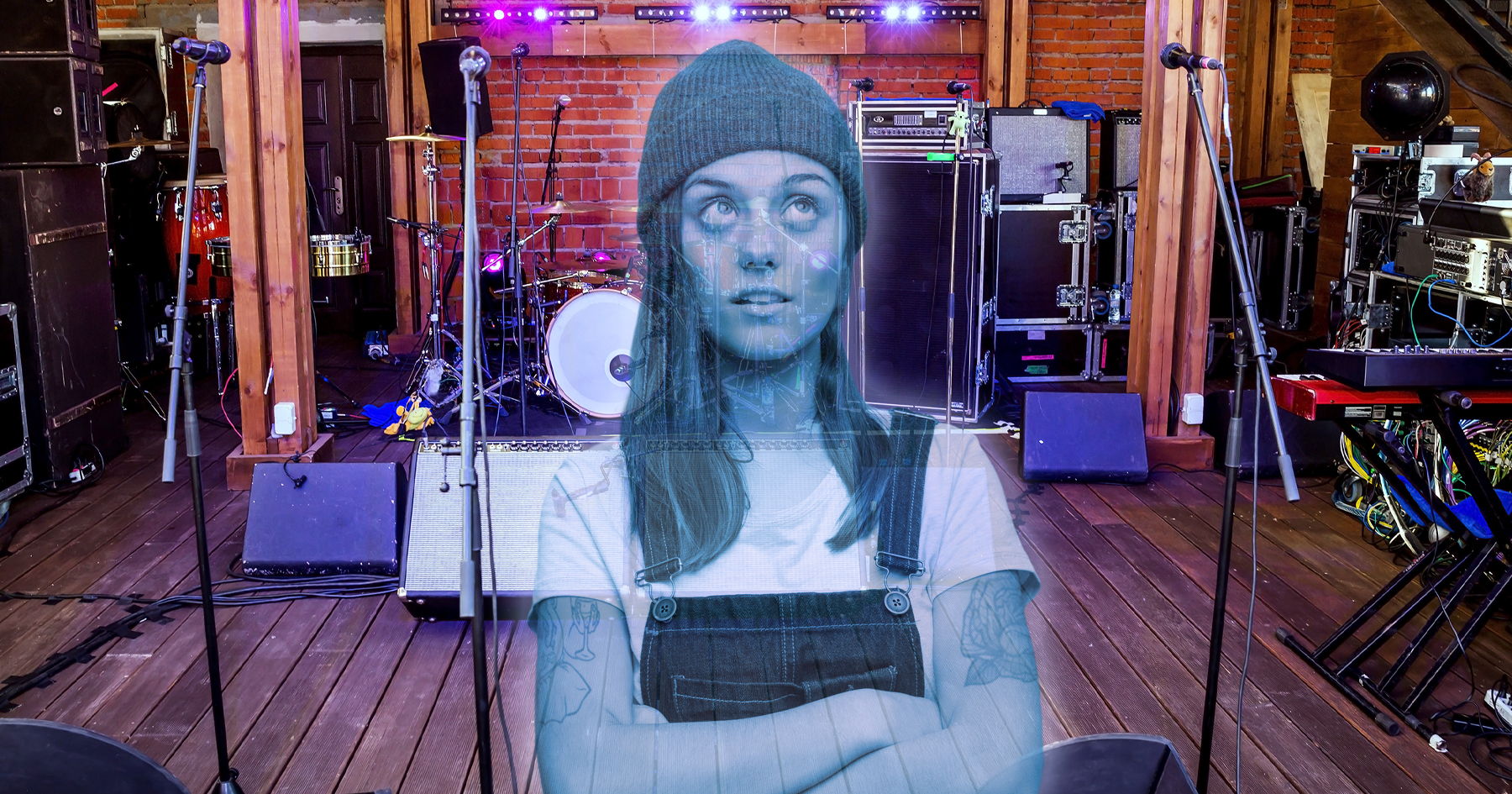 NEW YORK — Recently deceased hipster Tonia Lepore is haunting a music venue you probably have never heard of, the ghost of Lepore claimed yet again today to no one in particular.

“I mean, you’ve probably walked by this place a million times but never really noticed it,” Lepore said, floating in the back of indie music venue The Rocking Horse before a show. “The front of the venue looks like a bakery, but on the inside, you feel like you’re in a speakeasy… but like, a punk speakeasy.”

Lepore, who died after falling into a giant manhole outside of the venue earlier this year, is glad to be haunting a place she loved so much while alive.

“It’s never really that packed of a place ever, but I prefer it that way,” Lepore said with a large head wound still somehow leaking blood. “It’s actually even less packed now that word has gotten out that a ghost is haunting it. That ghost is me, by the way.”

“Yeah, I’ve seen her here a couple times. Not like, in mirrors or anything though — she’s mostly in the back with her clearly-broken arms folded tight,” said frequent patron Mason Brady. “Maybe her head, which is barely on, will bob a little bit… but she’s been pretty chill so far.”

For their part, the owners of The Rocking Horse are equally excited, creeped out, and irritated by the ghosts’ presence.

“She’s good for business, but we can always hear her asking for some weird beer no one has ever heard of over by the bar,” said owner Sara Plante. “I read somewhere that only about 11 percent of venues have ghosts in them, though, so when one ends up in your venue, you need to take advantage of it. We’ve got the guys from ‘Ghost Hunters’ coming in tomorrow — I’ve always wanted to be on TV.”

At press time, Lepore had scared patrons with shrieks and moans while taking the form of giant rat spiders, which allegedly “are pretty obscure bugs; not a lot of people know about them.”