Hardcore Venue Aims to Be Entirely Powered By Windmills Before 2020 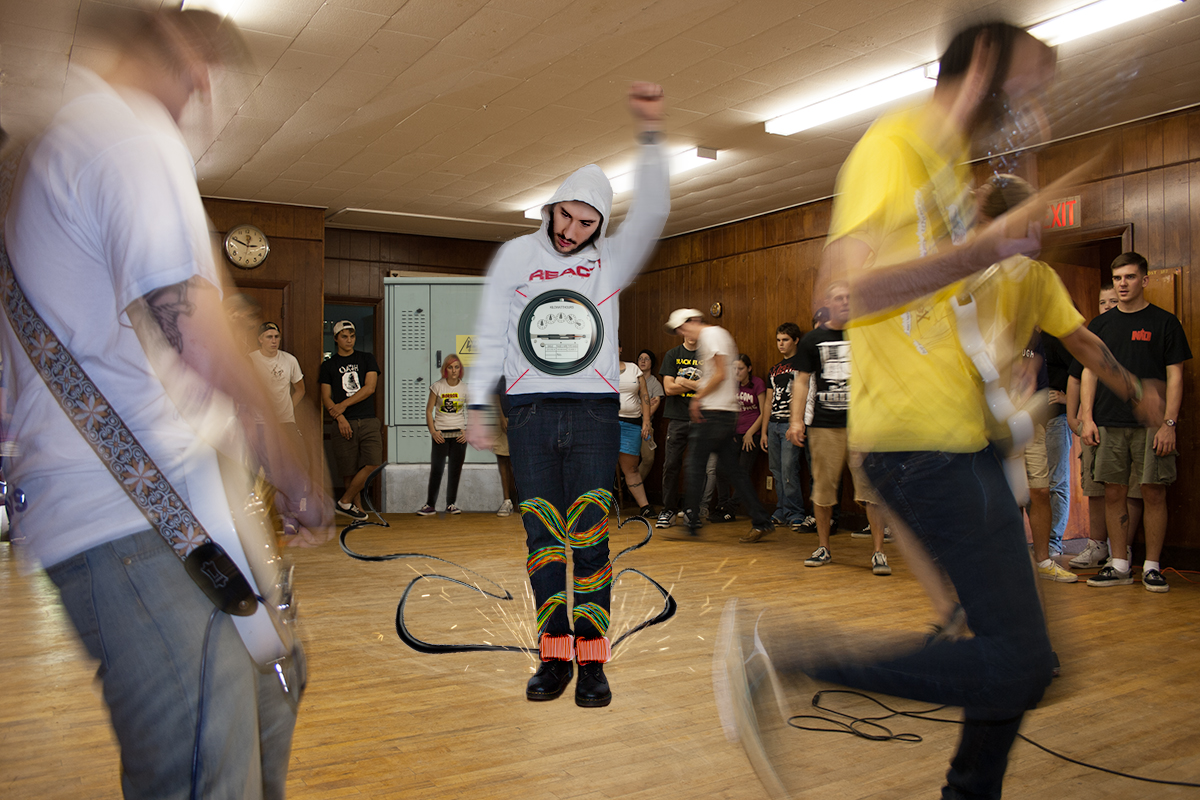 AKRON, OH – Seeking to lower their carbon footprint, long-running hardcore venue The Riot Club plans to harness the energy of dancing angry men and women to power their venue.

“It’s a resource that’s gone under-utilized for far too long,” said club manager Patrick Black in prepared remarks. “And it’s about time someone stood up to the lobbyists and did something about it. Today, The Riot Club is taking the first step on that long journey, and we hope other venues will follow our lead.”

He explained that the idea to tap some of the scene’s renewable energy came to him after watching a friend repeatedly attempt to stage dive and get rejected by the crowd. He settled on windmills in particular after one brutal breakdown sent the crowd into a frenzy of windmills that resulted in a torrent of wind that almost knocked over the band’s Marshall full stacks.

Engineers have done preliminary assessments and are optimistic. “It’s not just windmills — there is a huge amount of untapped human kinetic potential at hardcore shows,” said senior engineer Frank Miller. “The energy expended by just one older hardcore fan recounting the time they saw the Bad Brains in 1982 is enough to power something on the magnitude of a Marshall JCM800 for 22 seconds.”

100% sustainable energy reliance is a feat for even the most environmentally conscious and fiscally sound business, so achievement of The Riot Club’s goals would make it the first of its kind. However, engineers have struggled to maintain consistent energy production for testing purposes.

“We’ve found it nearly impossible to re-create the conditions under which this energy is harnessed in the lab,” said a sweaty Miller. “The three of us tried pushing all the lab equipment out of the way and turning on some Hatebreed, but we all just ended up hurting our shoulders working that hard.”

However, not everyone is excited about the green energy initiative. Robert Winston, a longtime patron of The Riot Club, voiced his concerns at a recent volunteer meeting.

“If you’re at this meeting then you know we have had a family of birds living in the venue for years. Add to that all the other migratory birds that fly through this venue every year. How are all these people windmilling going to affect these flight patterns?” asked Winston passionately.

Yet proponents of the windmills remain undeterred.

“In a scene where people scream for change, we’re actually going to make difference,” said Miller.