Hardcore Benefit Show to Save Old Theater Utterly Destroys It 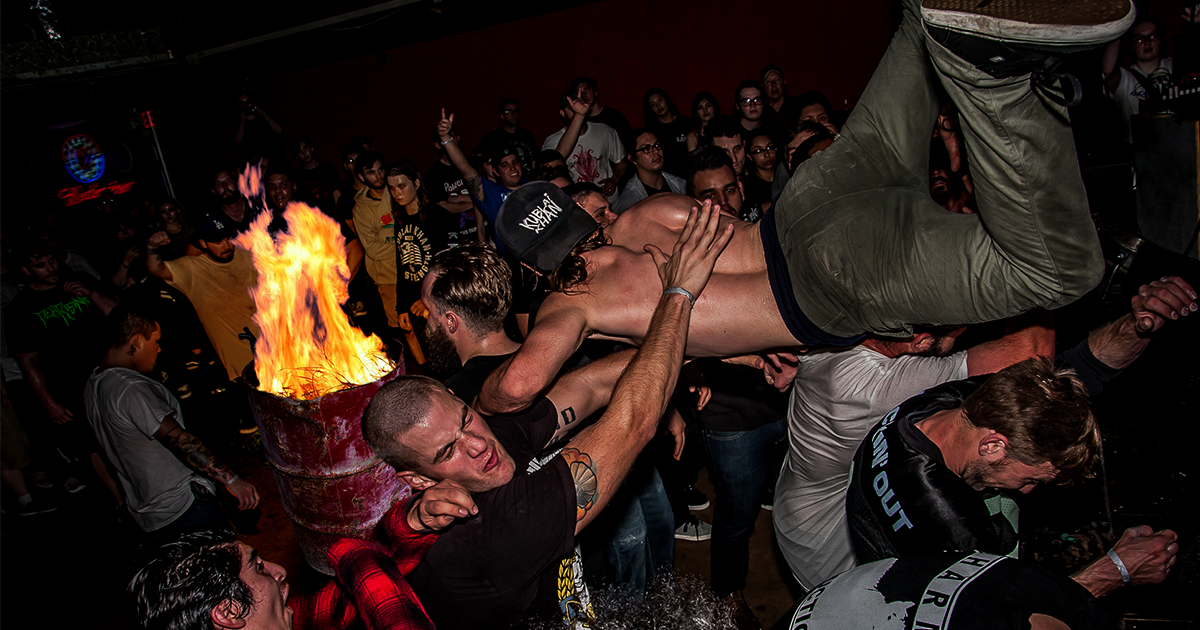 FRANKENMUTH, Mich. — Attempts to save the historic Patterson Theater ended in devastation last night after a hardcore benefit show resulted in dozens of injuries and tens of thousands of dollars in property damage, according to building management.

Authorities believe they traced the genesis of the destruction to a well-intentioned Facebook post by local show promoter Bryan “Deathcock” Tingle.

“Hey gang, the Patterson Theater is in trouble!” wrote Tingle on his Deathcock Productions page last week. “Developers want to demolish this beautiful old building. I bet if we come together with a benefit show, we could save it and have one of the coolest all ages venues around. I’m going to start booking some of the best hardcore bands around. It’s gonna be off the hook.”

Damage to the historic theater began quickly, as A Corpse More Comely guitarist Todd Keller tripped offstage while attempting to crowdsurf, landing headfirst in the beautiful linoleum-tiled orchestra pit while kicking out three footlights. Morale remained high, however, as the next band, Omnicidal Riot, inspired a mosh pit that sent four people through the stage’s historic rococo front paneling.

“It’s just great to see people coming together,” said concertgoer Ariana Gomez while an unknown bassist smashed his guitar through the original hardwood stage flooring. “This is about community — this is about respecting spaces that let us express ourselves.”

While event organizers were attempting to scrub vomit and blood from the cushioned seats of the balcony, Wreck of All Edmunds frontman Oric Weber climbed up the scaffolding and swung from the theater’s beloved bronze chandelier, bringing it crashing down.

“Turns out this building’s pretty unsafe,” said Weber, now nursing a broken wrist. “Like, I’m pretty sure I could sue the shit out of ‘em for this. I’ll have to talk to my dad. He’s a lawyer, and he specializes in shit like this.”

The mastermind of the evening, “Deathcock” Tingle himself, later appeared onstage to thank all attendees and participants, and to implore whoever stole the cash box to “please give it back.”

“Seriously, just return it and we’re good,” said a visibly beleaguered Tingle. “In a way, it’ll be like you’re donating just as much as the people who actually paid cover. Only love here. Also, if anyone wants to help clean up, please talk to me.”

At press time, headliner Sisyphus Undaunted’s set was disrupted by the building’s fire alarm and sprinkler system, as a discarded cigarette sent the Patterson Theater’s majestic red velvet curtains up in flames.