GWAR Gets Back Wrong Penis Monster Costume from Dry Cleaners 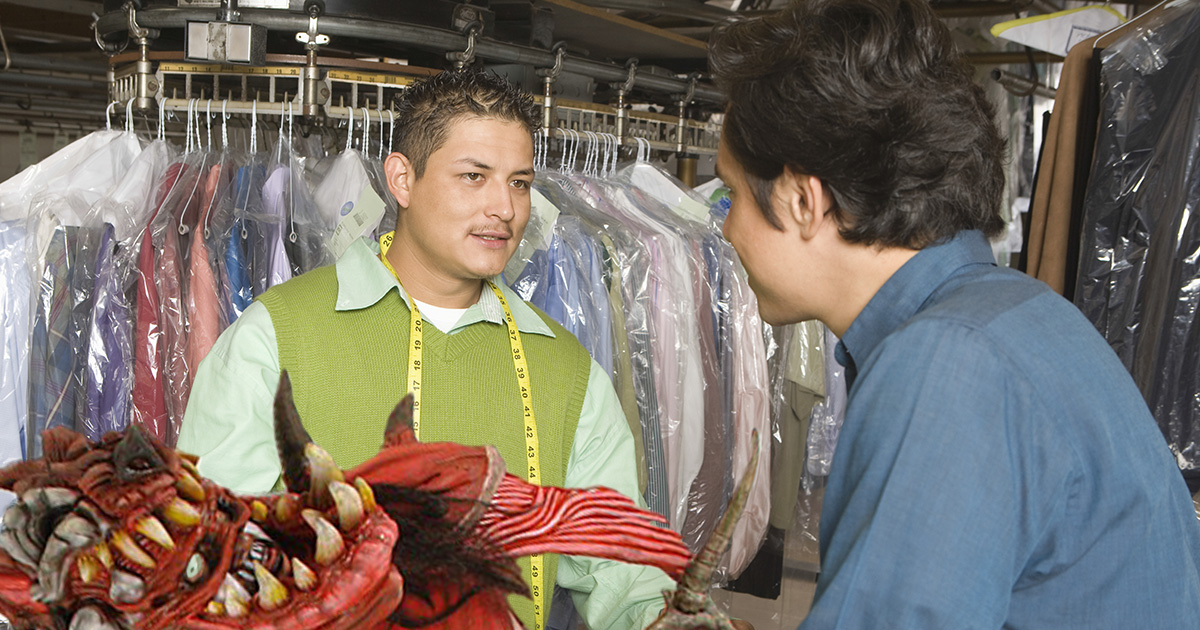 RICHMOND Va. — Heavy metal legends GWAR picked up the wrong penis-clad monster costume from the dry cleaners yesterday in a mishap that may have cost the band several dollars, sources report.

“It is with a heavy heart we announce that we have misplaced Blöthar the Berserker’s famous costume. Last week, after a routine dry cleaner run to get the alien blood and cum out of our attire, we got back what appeared to be a stinky fuckin’ Godzilla costume with a rock hard erection,” stated Gwar’s manager Sleazy P. Martini. “This fuckup is gonna really end up costing us if we don’t get this fucking thing sorted out soon — my alien money makers won’t be able to perform next week at Dylan Tobias’ ZOOM Bar Mitzvah. That was our one paid gig for the month.”

Godzilla enthusiast Patrick Duong reached out to the famed alien band to try to recover his personal costume.

“I want to clarify that I, by no means, intended for this to happen. Like, trust me: do you think I wanted the world to know I have that specific Godzilla costume?” said Duong. “I am, however, extremely happy to have it back — it’s always difficult to part with something you truly love. And at the risk of coming off as a total weirdo, I will admit I missed cooking and cleaning with my beloved, dick-adorned Godzilla. It gets lonely in a mansion without someone to keep you company.”

Dennis Fowler, the owner and founder of McSteamy’s Dry Cleaning, cleared the air.

“Those two things looked identical to me. These mistakes happen often with dry cleaners, and I know I really pissed off some people, but can you blame me?” Fowler stated. “How often do you come in contact with two rubber monster costumes with genitals on them? I’m honestly confused why people can’t empathize about this. I’d understand someone getting mad over me mixing up some sweater vests, but like, this feels different.”