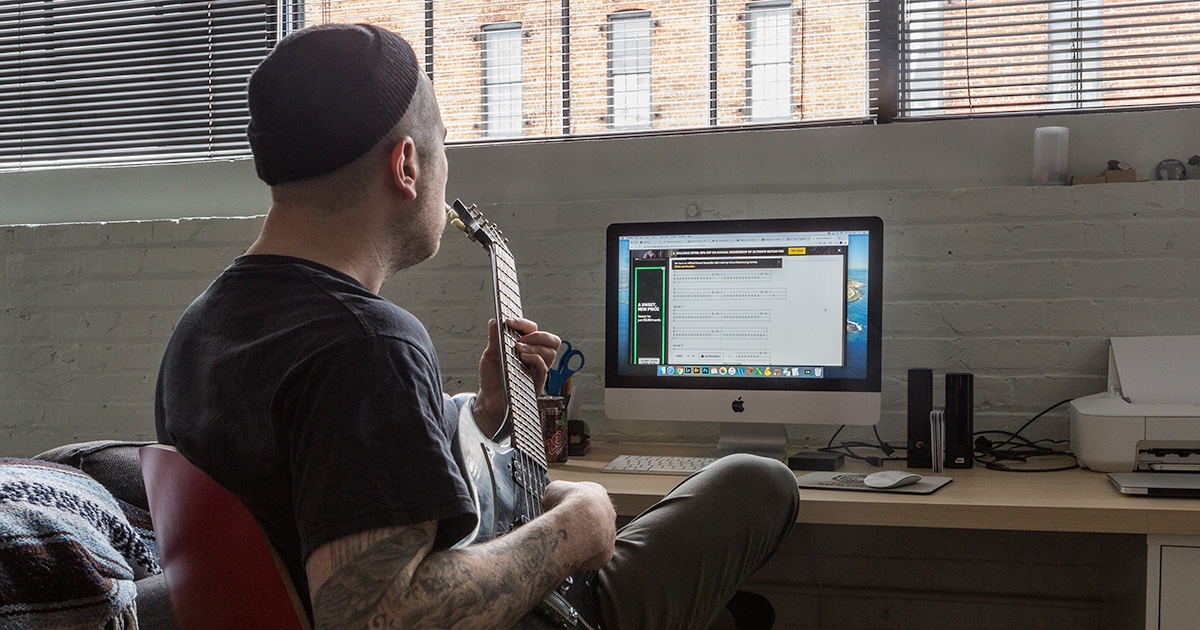 ANN ARBOR, Mich. — University of Michigan student Philip Bryant found a near-perfect guitar tab yesterday for Sublime’s “Santeria,” save for the tempo, tuning, and note choices, annoyed sources from the other room confirmed.

“I’d call it about 80 percent there,” described Bryant. “I was surprised to learn the song is tuned to drop B, so that was challenging right away. My guitar sounds wobbly in that low tuning, so I’m making up the difference by adding mad vibrato to my singing parts. And vibrato makes me sound hot, so it should work out.”

Frustrated dormmate Jeffrey Clark disagreed about the accuracy of Bryant’s tab and his alleged musical prowess.

“He sounds like dog shit,” protested Clark. “For one, he’s playing too fast — his playing is an insult to all the great weed-smoking guitarists of the ’90s and beyond. It sounds nothing like the Sublime classic. He’s almost ruined this masterpiece for me.”

The tab, available on the community-based website dope-riffs.com, was one of 93 different versions of the song posted. Bryant, however, favors the work of member Casey Graham, who operates under the handle “6-6-Sick.”

“I literally spent tens of minutes preparing that tab,” insisted Graham when reached. “That’s way more time than I spent on ‘Say It Ain’t So’ — which is actually my favorite Sublime song. Yeah, maybe I added a few embellishments: a pinch harmonic here, a couple of dive bombs there. What’s wrong with making it sound cooler?”

Bryant’s late night practice routine, combined with his enthusiasm for public microdosing, contributed to a recent arrest by campus police, which may interfere with Bryant’s progress in learning the song by heart.

“It sucks when the world tries to squash your dreams,” lamented Bryant from a campus holding cell. “But I’m not giving up — dreams are worth fighting for. I want to be able to walk into any party, grab a guitar, and just start jamming.”

Bryant allegedly plans to represent himself if his case goes to trial. “I’ve watched tons of YouTube videos on how to be a lawyer,” Bryant said. “They seem mostly right.”