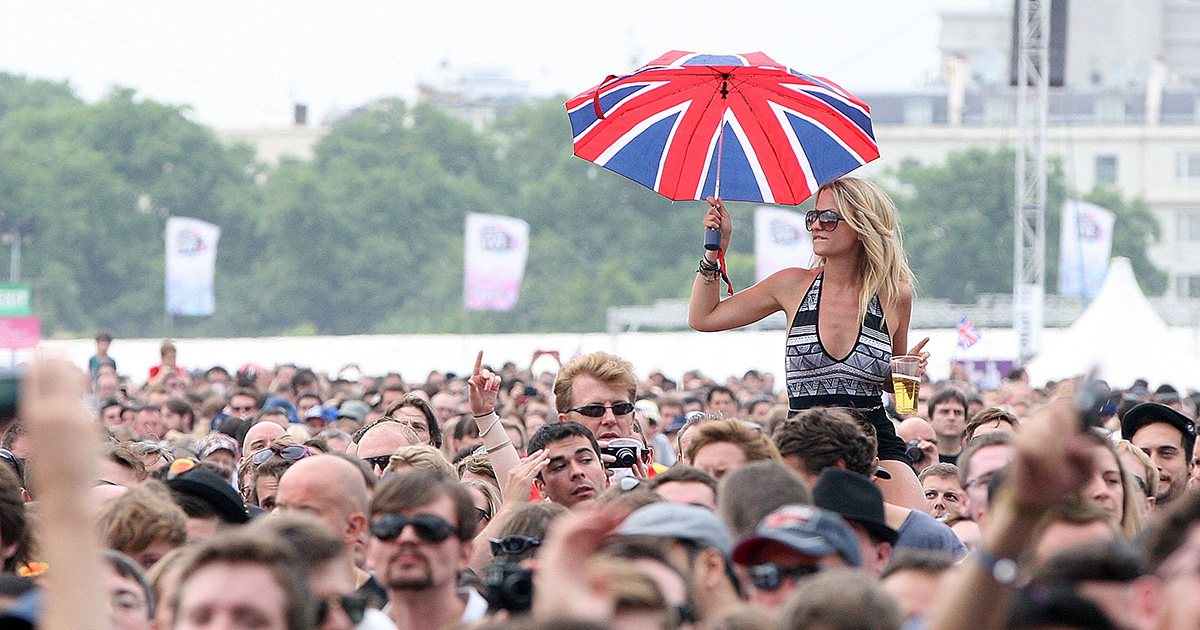 CLEVELAND —  An intoxicated woman sitting atop her boyfriend’s shoulders will be the first non-musical act inducted into the Rock and Roll Hall of Fame as part of the 2022 class, Hall officials confirmed.

“What a great addition to the Hall they are gonna be,” said Rock and Roll Hall of Fame President Greg Harris. “Sure, Dick Dale isn’t in yet, but we’ll get to him. Nothing exemplifies the spirit of rock’n’roll like an obnoxious, drunk person blocking your view and screaming louder than the act. Frankly, I’m surprised we didn’t get them in there sooner.”

The woman, Dawn Cramer, has been a fixture of most concerts in the Columbus, Ohio area for the last several decades, kicking off her legendary run of concert inebriation at Motley Crue’s “Dr. Feelgood” world tour in 1989.

“Yeah! Fuck yeah. Wooooooooo,” said Cramer, when told of her designation as a Rock and Roll Hall of Famer. “That’s so fucking cool. Hey, do they have a beer tent at this thing, or should I sneak a bag of wine under my shirt?”

For her live performance at the induction ceremony, Cramer surprised fans by reuniting with her original concert companion — her high school sweetheart, David Melvin — to watch the other inductees from the wings of the stage.

“I can’t believe they got them back together. I heard he hurt his back working as a roofer back in ’97, and people thought he would never lift again,” said longtime fan Dwight McKinnon. “Not to mention the Sponge incident at Lollapalooza that broke them up to begin with. Did you see the way she threw up all over herself during the intro of ‘Money for Nothing,’ though, and he still kept her up straight while shielding his eyes? They still got it! What an amazing performance.”

The duo have since denied rumors that the reconciliation will be a permanent one, as Melvin is happily married, while Cramer has “…a bunch of fuckin’ court dates coming up.”