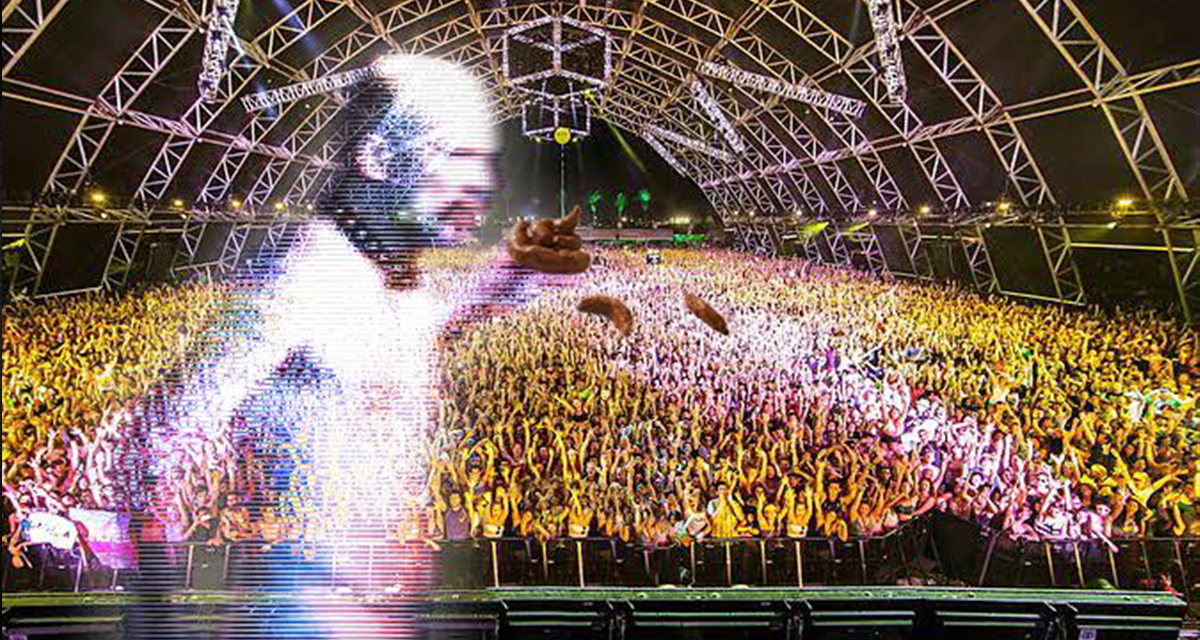 Indio, Calif. — Goldenvoice announced this week that Coachella will close out with a bang this year, as a revolutionary new hologram of GG Allin will chuck his feces directly into the crowd, excited sources confirmed.

“It’s been ten years since we brought the Tupac hologram to the world and we wanted to top ourselves by bringing to life another legend that we lost too soon,” said Goldenvoice CEO Paul Tollett. “We’re psyched that GG will be a part of Coachella. It should really mix things up to have him up there. Plus the abundance of human feces flowing from the inadequate bathroom facilities should provide plenty of ammo.”

Engineers were still working out the kinks as to whether said feces would also be a hologram, or in fact be “real human doo-doo [sic].”

“We don’t know exactly what he’ll be working with. We’re developing a new hybrid technology that would allow a hologram to interface with the real, tangible world,” said Cal Tech engineer Bev Trill, Ph.D. “Obviously if he’s throwing real crap it would create a more exciting, visceral experience for all involved, but we still have a lot of work to do before we can make that happen.”

Allin, who passed away in 1993, left a gaping hole in the scene for people who preferred a live show rich with bodily fluids.

“So far the closest they’ve come to sending a turd into the crowd was when Muse played.” said longtime Coachella fan Jenny Spiegel. While Spiegel personally had no interest in being muddied by the likes of Allin, she looked forward to his antics leveling the playing field among the VIPs. “Hopefully they can program the thing to hit Jonah Hill.”

Cleanup is sure to take several weeks following Allin’s simian-like closing act, but promoters think they’ve struck gold. “If this goes as well as I hope, I’d like to take hologram GG on tour. Maybe franchise it out and have him play in several cities at once. I really think we’ve stepped in something good!” exclaimed Jerry Thompson, CFO at Goldenvoice.

While Allin’s act was considered extremely shocking in his time, today’s concertgoers, like Spiegel, said it would hardly be the most egregious thing to hit Coachella. “I don’t think it’s any more offensive than a white girl wearing a bindi.”