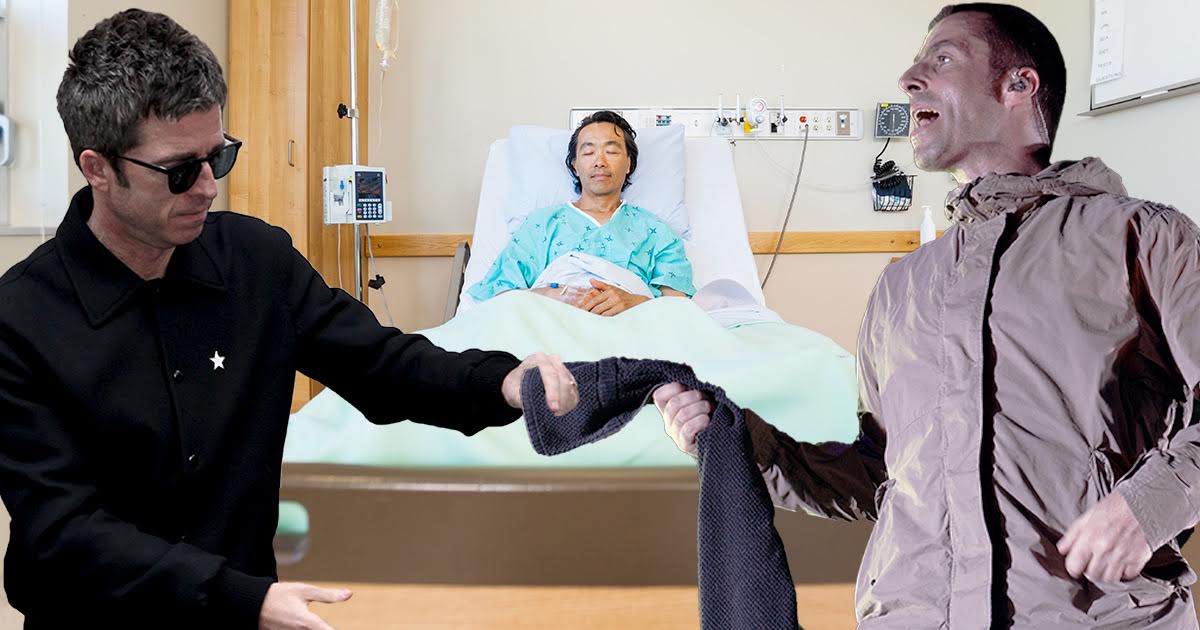 CHICAGO — Combative brothers and Oasis founders Liam and Noel Gallagher reunited yesterday to surprise a hospitalized Oasis superfan with an endless display of their hatred for one another, Dream Foundation officials confirmed.

“I was worried they were going to behave for my sake… or even worse, play fucking ‘Wonderwall,’ but they delivered,” said Martin Dougray, battling a degenerative brain condition. “Liam and Noel were at each other’s throats about the Amsterdam ferry incident as soon as they walked in. I love when they play the hits.”

“I’ve been listening to the band since I was a kid, but I never thought I’d hear what it actually sounds like when Liam hits Noel with a tambourine, or when Noel calls his brother a ‘gutted football hooligan scumfucker,’” he added. “But here we are. Dreams really do come true!”

The Dream Foundation representative who reunited the Gallagher brothers believes all the hard work was worth it to see the satisfaction on Dougray’s face.

“It’s all about the joy we spark in their lives by inviting egotistical maniacs who despise each other to visit them,” said Elna Woodward, who was allegedly bitten by Noel twice during this process. “It’s moments like these, when two grown men are calling each other potatoes in front of a fan on his deathbed, that makes my job worth it. This is what it’s all about: creating irreplaceable memories with phrases like, ‘You’re a wank-tastic shitbird of a human being, Noel.’”

Dougray’s oncologist found the reunion very emotional as well, even as somebody who has seen many dying wishes come true.

“I was as surprised as anybody when I saw Liam and Noel back together,” said Dr. Julius Gaspar, M.D. “There wasn’t a dry eye in the room, and I think Martin learned a lot about his favorite band — mostly how many ways they can work ‘arse’ into a single sentence about each other’s life partners.”

At press time, the Gallaghers made a breakthrough when they found Blur’s Damon Albarn visiting his dying grandmother across the hall and put aside their differences to harass him together.