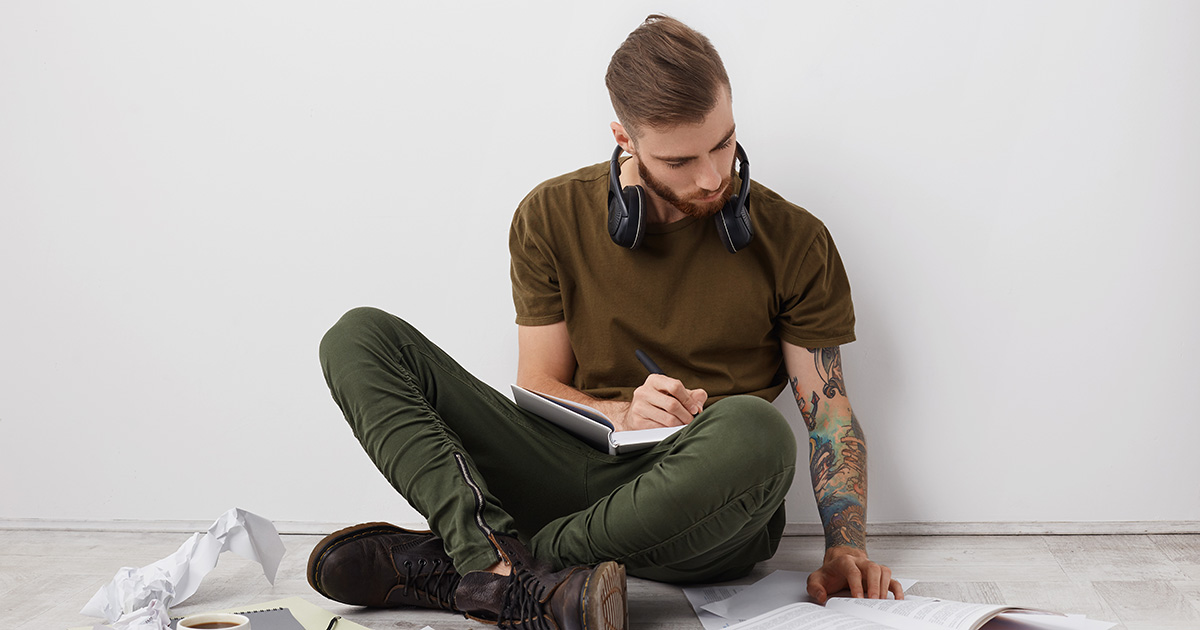 “I’ve been practicing
and studying poetry,
but I can never remember the line counts,” the frontman Justin Laire commented, while counting syllables on his fingers, struggling to recall the poetic form. “It’s definitely five syllables, then seven syllables, but I always mess up the third line —
although, I guess it
doesn’t really matter ‘cause,
does anyone really care?”

Others in the band,
frustrated by the challenge,
begged him to just stop.

said bassist Dan Kane
while also tracking the beats
of the syllables.

“I wrote the line counts
in Sharpie so gigantic
so many times now.

How’s he still so off?
I don’t like this dumb idea.
Please, just make him stop!”

Audience members,
afraid to bring up haiku,
did notice the form.

“It was hard to tell
while they were playing the songs.
But were they haiku?”

“Every song was close
syllables, clearly noted,
but then every third line would just kinda trail off forever… as if he started writing a haiku, but then had more than five syllables worth of words for the third line. The first two lines, though, had such heavy emphasis on the syllables that it had to be a thing. Right?”

Soon after press, it was announced the group
is planning a release in coming months
that will be written metrically to fit
a different, older form poetically.
But then, the band all quit upon this news.

However, the frontman again messed up his weird lyrical thing, admitting, “If I couldn’t do haiku, I don’t know why I ever thought I’d be able to do iambic pentameter. Please tell my band I’m sorry, and they can come back now.”