Festival Flyer Reads “All Female” Instead of Band’s Name 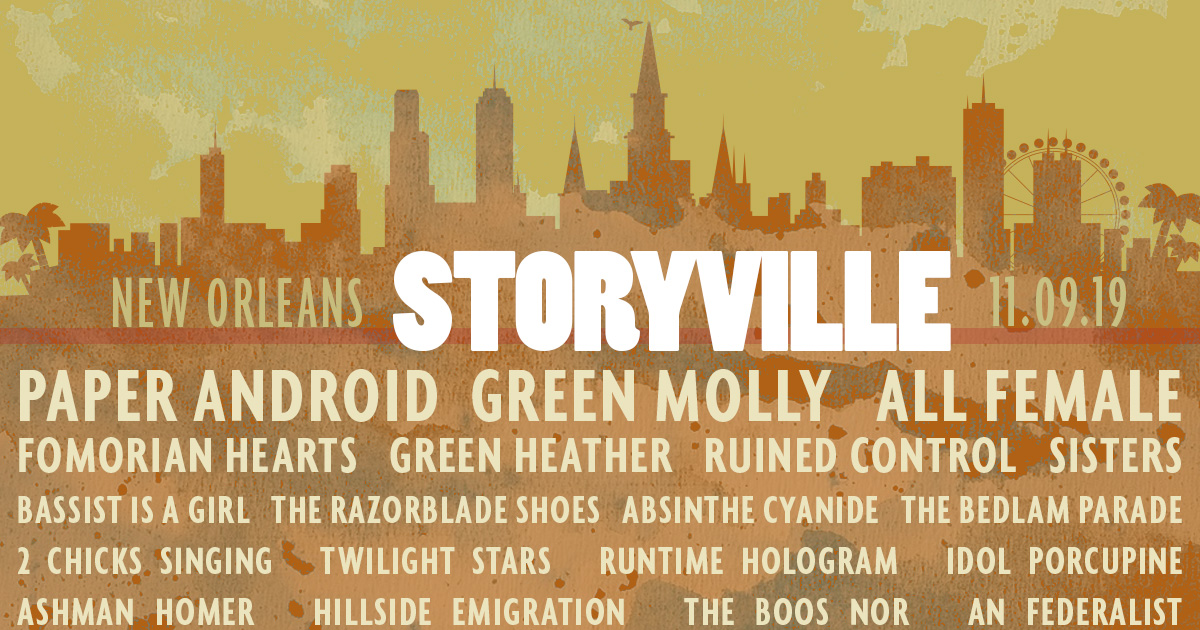 NEW ORLEANS — Local band Missing Feed was listed under the name “All Female” on the official flyer for this year’s Storyville Fest, much to the band’s disdain and frustration.

“We told them our name like, 30 times — we had to fill out multiple forms using it. I think we even sent in our own art for the flyer. I don’t know how they fucked this up so bad,” said Missing Feed drummer Elsie Hernandez. “I’m worried about who they’re going to make the check out to… if they even plan on paying us. I really don’t know at this point.”

Missing Feed didn’t seem to be the only band misnamed on the flyer, which included groups like “Bassist Is A Girl,” “2 Chicks Singing,” and “Sisters?” which festival officials allegedly did not find strange.

“When the flyer came out, they called me, whining about some name their band suddenly had. Typical girls. Honestly, they should be thankful I even put them on the flyer — I’d never heard of them. I assumed it was one of those comedy bands or something, like Jack Black,” said festival promoter Ralphie Marsh. “I mean, five girls in one band? How many keyboardists can one group have, anyway?”

“We want attendees to know what they’re getting,” he said. “If we didn’t explain that the band is all-female in advance, people might show up thinking a regular band was going to play. That would be false advertising, and I’m pretty sure that’s illegal,” said Kirkenbaum.

“[Hernandez] called to tell me [Missing Feed] were playing, but I didn’t see them on the flyer. And I’m bummed, because they’re one of the best bands around — they have a huge following. Maybe they cancelled,” friend and super-fan Sean Larson said. “I’m excited to see this new band All Female, though. They sound good. Really cool name.”

At press time, Missing Feed could not access the backstage area, which was blocked by other female musicians being denied entry and told that “the bathroom is that way.”