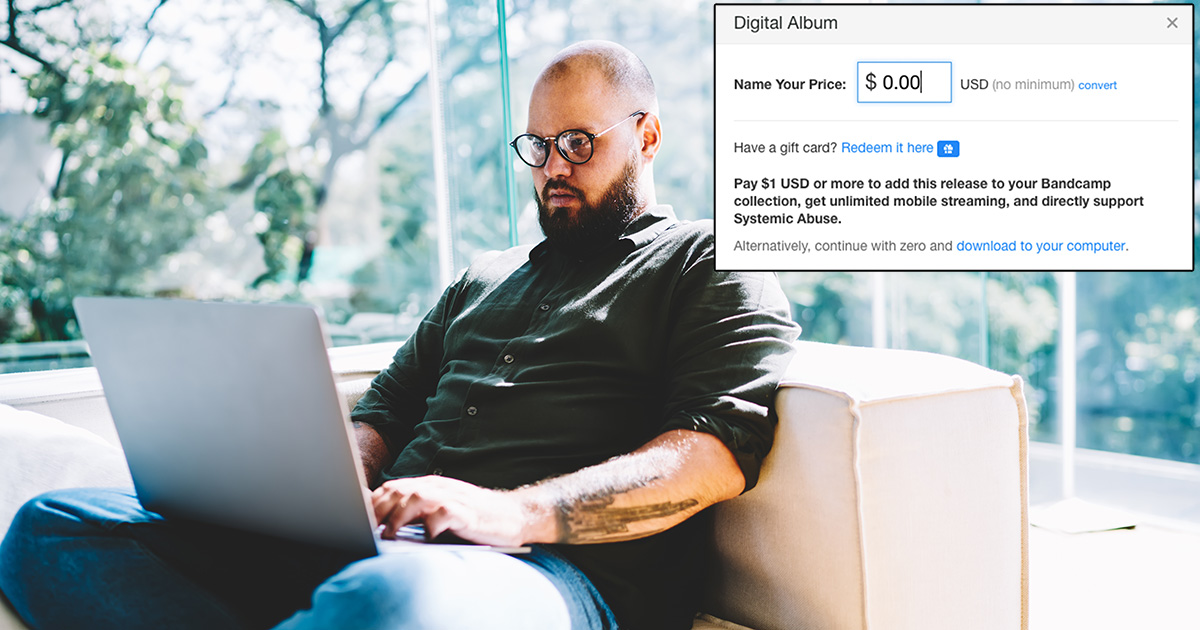 HUDSON, N.Y. — Chester Fields, self-proclaimed “super fan” of indie-rock band The Break, paid a grand total of $0.00 yesterday for the band’s new album via the name-your-own-price option on their site, he quietly confirmed.

“Look, I love the band. I always have,” said Fields. “Sure, I wrote in a big, fat zero for the name-your-own-price thing, but that’s because what I bring to the table is worth more than cold, hard cash — I plan to blast the record while driving with the windows down, so everyone on the road hears it and Shazams it from their cars. You can’t put a price on that kind of exposure!”

“I also come see them every time they tour around here… my brother’s roommate works the door at the bar, so I always get in for free, and my ex bartends and usually hooks it up with drinks,” Fields added. “But still, I’m there, supporting the band.”

Fields has allegedly already begun his promotional strategy by playing The Break’s new album for his friends on repeat.

“Every morning when I wake up, he’s in the kitchen dancing along to their music… and at night before bed, he’s singing their songs in the shower,” admitted annoyed roommate Alexandra Marist. “I’ve heard it like, 35 times now, and it sucked the first time, and it sucks every subsequent time. Honestly, $0 is a very fair price.”

Members of The Break had trouble even pretending they were O.K. with Fields’ method of payment.

“When you go to our site, the default price is set at $5, and you actually have to jump through some hoops to get it down to $0. It took a lot of commitment for him to rip us off like this,” said guitarist Aaron Lansing. “We thought it’d be a nice way to connect with fans, kinda show them we trust them to support us and stuff. [Fields] messaged us to tell us that instead of paying for the record, he’s been posting about it on Facebook a whole bunch. So far we haven’t really seen the cash windfall one might expect from such a push.”

At press time, Fields stated he technically did give the band monetary compensation in the end, as he left their record looping on Spotify overnight for an additional total of $0.0017 in revenue.