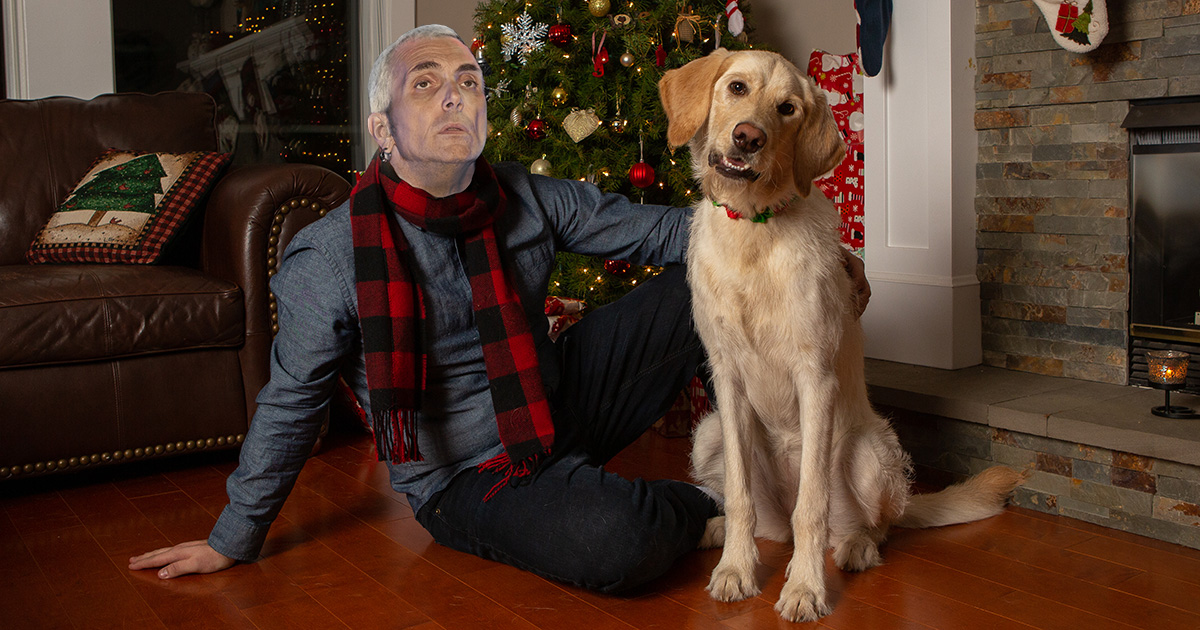 LOS ANGELES — Everclear frontman Art Alexakis was “honestly not surprised” his father made no appearance at the family Christmas gathering for the 52nd year in a row, a centered, emotionally healthy source reported.

“It’s sad, but that’s just the kind of guy my father is,” said the platinum-selling singer-songwriter. “He abandons me when I’m five, occasionally sends a birthday card with a $5 bill in it, and generally just doesn’t show up for family. Of course he’s not gonna show up to celebrate the birth of baby Jesus… who, by the way, also had some sizeable daddy issues.”

Alexakis, who went public with his MS diagnosis earlier this year, maintained that he’s too busy focusing on his health and family to worry about what the subject of his ’90s chart-topping song “Father of Mine” is up to these days, and indeed, “didn’t even invite the guy, come to think of it.”

“A lot of people struggle to figure out relationships with their abusive or toxic family members, and I just want to let those people know it’s okay to prioritize your needs,” explained Alexakis. “Maybe that means avoiding them on holidays; maybe it means writing a top-40 hit song about how shitty your parent was 22 years ago, and then that song continues to play in Applebee’s restaurants around the country as a deeply-felt and troubling warning to dads everywhere. The process is gonna look different for everyone.”

To that end, local pet sitter Billie Salerno was hired to dogsit for Alexakis whenever he’s busy to help “break the cycle” and so “no member of the household will be forced to feel the pain of abandonment, ever again.”

“It was hard for [Alexakis] when he noticed how much his dog missed him every time he left the house, and he didn’t want to put those same abandonment issues onto any other living creature,” said Salerno. “I think it’s sweet. Kinda weird that they named the dog ‘GetFuckedDad,’ but once I heard the song, I got it.”

At press time, reporters were still waiting in the parking lot where the senior Alexakis told them he’d be eight hours ago, although everyone’s calls strangely “keep going to voicemail.”