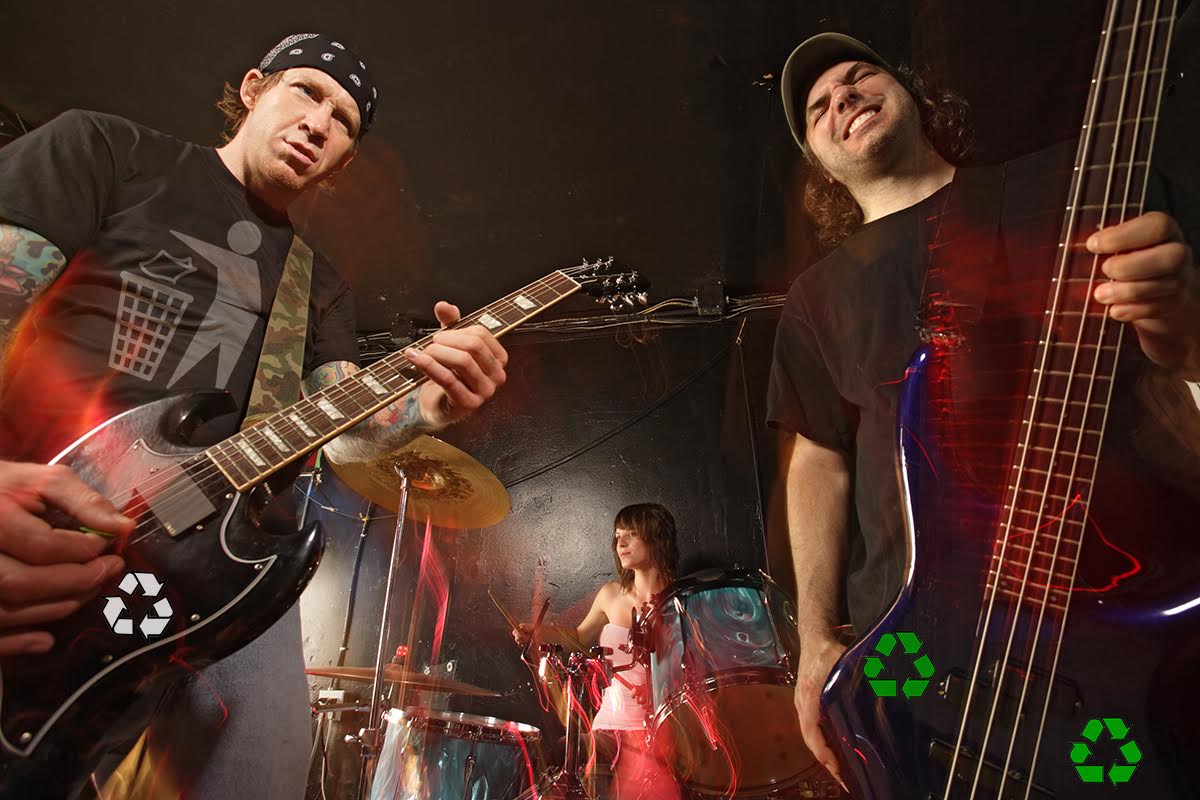 OAKLAND, CA – Known for their strong stance on preventing ocean acidification, ending deforestation, and maximizing the biocapacity of regional ecosystems, ecologically friendly hardcore band Repurpose have announced that their new LP will be made using 100% recycled riffs.

The hype surrounding Repurpose since their inaugural LP, Society Is the Rubbish, has put a lot of new eyeballs on the environmentally conscious waste disposal band, whose message is focused mainly on cultivating awareness of the deterioration that humans are inflicting on the planet. Their raw and unrelenting sound pays homage to ’90s hardcore by blatantly reusing riffs from some of the genre’s most beloved bands.

“We figured Strife wasn’t using these riffs anymore, someone should be playing them so they don’t go to waste,” lead singer Jacob Greene stressed. “We have a responsibility to the planet and our fans to recycle the best material.”

The band’s new release is being directly marketed to fans of Earth Crisis, Integrity, and Vegan Reich due to most of the album consisting of riffs lifted directly from those band’s respective catalogs.

“There’s just so much waste that goes on,” added guitarist Andrew Leafe. “Musicians are some of the worst offenders and it is time we do something about it. Think about all those riffs they just let go into the atmosphere, probably wreaking havoc on the ozone or something.”

Sam Decenza, a Greenpeace volunteer and hardcore fan, applauded Repurpose for their dedication to the environment.

“Research has shown that recycled riffs are just as heavy, if not heavier, than the original source material. It just makes sense for a working band to recycle more riffs for maximum pit output,” said Decenza.

“We have received a lot of criticism for our extreme take on recycling and reusing other people’s work,” continued Leafe. “But just look at the impact we’re having — it seems like every band is recycling just as much as we are nowadays.”

Members of Repurpose have also reported that they plan to ramp up their reduction of waste and are expected to begin recycling some of the most memorable artwork and t-shirt designs from bands that are no longer active.