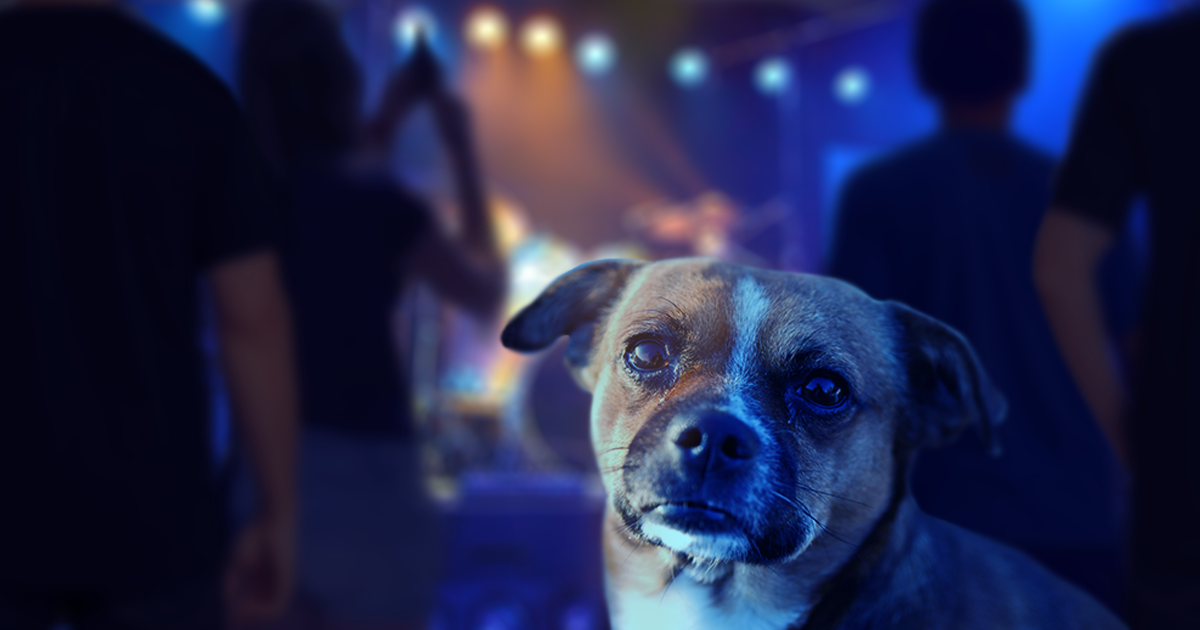 MINNEAPOLIS — Local dog and punk house resident Haley stared hopefully at the side of a stage last night after touring band Rage Party finished their set, making Haley the only one in attendance who thought the trio weren’t returning for an encore, amused sources confirmed.

“As soon as I saw them take off their guitars and wave to us, I knew this was goodbye forever — my owners do it every single morning,” said Haley, a tan Pitbull mix who loves the band very much. “It just really doesn’t make any sense, because they didn’t even play their biggest hit. Super weird… I hope everything’s OK.”

While other showgoers knew full-well what to expect from the band, who left all of their equipment on stage and turned on, Haley — a “good girl,” according to those who know her — was inconsolable as the band departed.

“Well, when Haley’s upset, she lays on her belly and gets this sad, faraway look… and she’ll go out of her way to avoid eye contact with anyone,” said human and house resident Pete Hafner. “I tried to tell her that of course they’re coming right back — because that’s what bands do, whether we want them to or not — but she’s already getting antsy and starting to claw through the garbage in the back. I mean, it’s late and a weeknight, so if there was no encore I’d be cool with it… but Haley is such a fan, I want them to come back for her.”

Veteran animals attending the show, however, were abhorred by Haley’s reaction.

“I saw her all sad and was like, ‘What’s the big deal?’” said Puck, an orange and white cat sitting in a box in the back of the venue. “This is standard procedure, and she fell for it again. I’ve seen her at other shows and she always does this. What a fuckin’ noob.”

At press time, the band had just returned to the stage to raucous applause, which prompted Haley to grab all the toys from her bed, bring them onto the stage, and offer them one by one to the band.