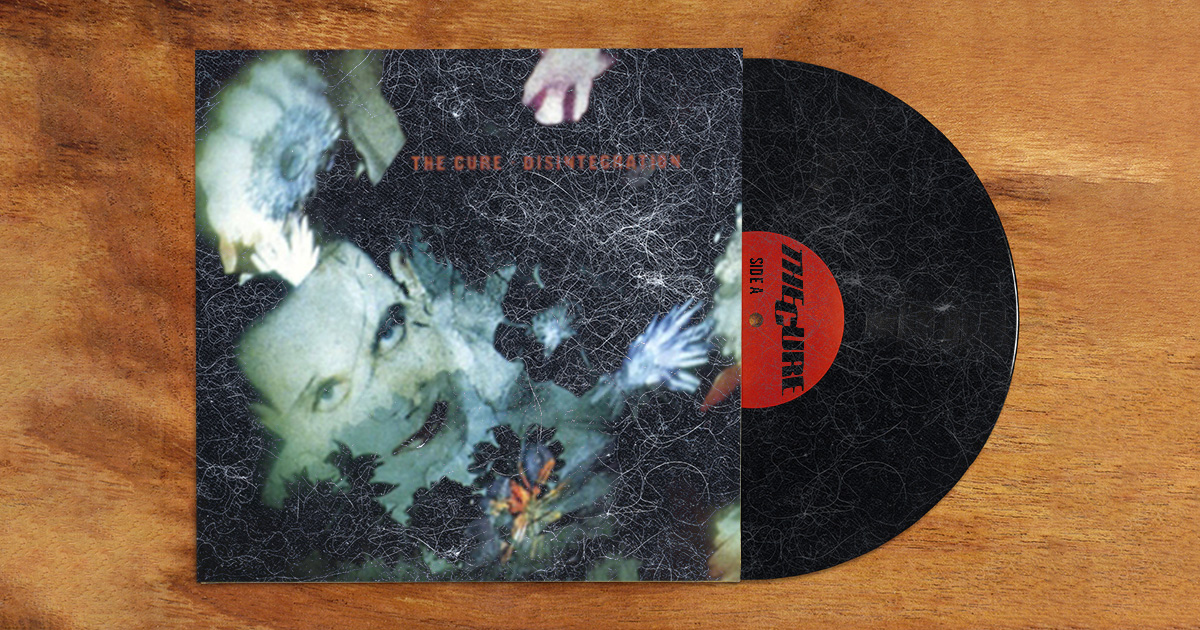 “At first I was confused. I thought my tabby Edgar had gotten to the records before I did,” said Cure superfan Todd ‘Sepulcher’ Sadowski. “But then I read the packaging notes and realized the cat hair was intentional. It almost made me cry tears of joy, if that were at all possible anymore. The only thing that brings me any semblance of joy in this world is the sound of Robert Smith’s guitar and the fluffy snuggle of a feline friend, and now I have both. You do have to lint brush the vinyl before you play it, but lord knows I have plenty of those lying around.”

Cure frontman Robert Smith was extremely proud to be a part of the world’s first feline-based reissue.

“If I could make records exclusively for cats instead of people, I would,” said Smith. “I’ve really lost my love for humans long ago. They let you down and they break your heart. Cats are the only ones you can truly depend on in the end. Then they’ll eat your face to survive, but after I’ve shed this fuselage my cats can do with it what they please. And I know my true fans feel the same, that’s why I decided to shroud this reissue in the dearest substance possible.”

Cosmo Doyle runs the Black Wax record pressing plant in West London charged with the production of this unusual request.

“Turns out you can’t shave cats for commercial purposes in the UK,” said Doyle. “So all the hair used in this packaging had to be shed naturally. This was a bit of a curve ball, so I had a couple of employees hit the thrift shops looking for old clothes and jackets covered in the stuff. We really hit the jackpot when I had them go to the coatroom at the Substitute English Teacher’s Union headquarters in Sussex. Those people really love their cats.”

At press time, the band announced plans to release a deluxe edition of “Seventeen Seconds” which would be soaked in the tears of an actual grieving widow.