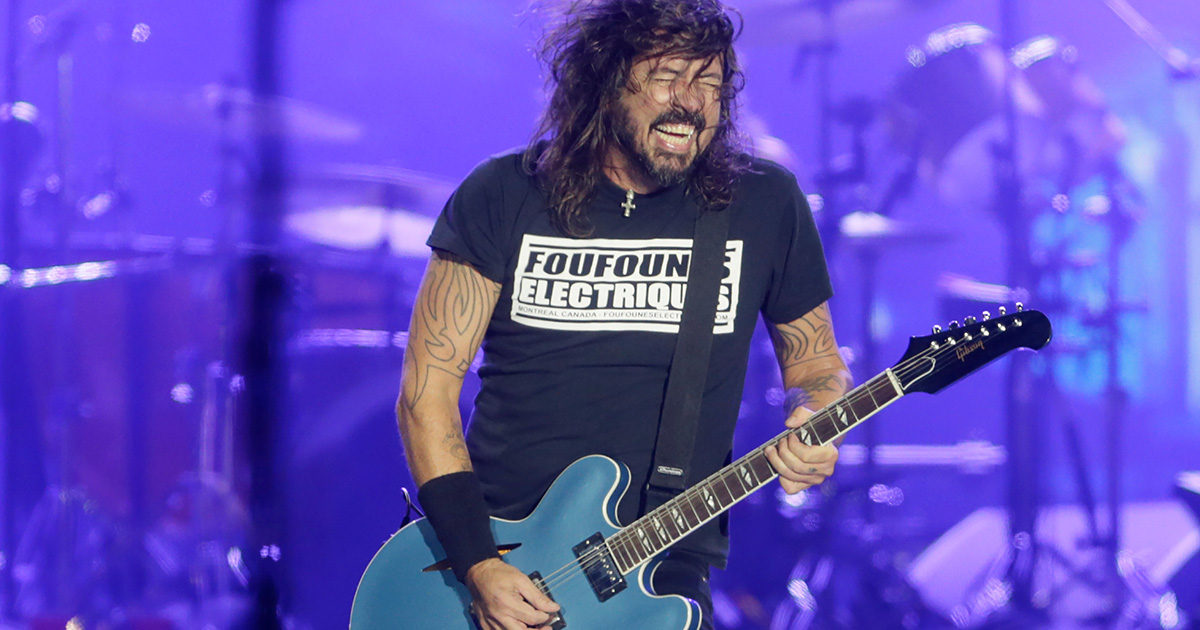 LOS ANGELES — Foo Fighters frontman and former Nirvana drummer Dave Grohl admitted that he has been chewing the same piece of Trident spearmint flavored gum for the past 26 years.

“Anyone that’s been to a Foo Fighters gig probably noticed that I’m constantly chewing gum. But only true fans that get very close to my mouth will know that it’s been the same piece of gum for over two decades,” said Grohl. “This gum is part of the reason we’ve been so successful. I was chewing it while we wrote all our biggest hits, and it still has a hint of flavor, so I can’t justify wasting it. My dentist says the gum’s tar-like texture from years of chewing is the reason that all my teeth are loosening up, but this gum isn’t going anywhere. Keep rockin.”

Multiple sources reported that Grohl isn’t the only musician with a love of chomping a lucky piece of gum during performances.

“When I first saw Dave chew his way through the chorus of ‘Big Me,’ I knew there had to be something about this whole gum thing,” explained Green Day singer Billie Joe Armstrong. “Green Day was in a slump so I asked Dave if I could try it and he gave me half of his piece. Two days later I had written ‘American Idiot’ and already started mapping out the Broadway show. This gum is imbued with something special. Someday I hope to pass it along to a deserving multi-millionaire musician.”

Historian Trey Underwood said he believes Grohl’s gum should be managed in an exhibit in the Rock & Roll Hall of Fame.

“I’ve been working with the museum staff to make sure we have someone on the scene as soon as Mr. Grohl dies in order to extract the gum and keep it preserved,” said Underwood. “I tried striking a deal with him by suggesting we would induct the Foo Fighters into the Hall of Fame as soon as we got the gum, but he didn’t go for it. So now we have to do this the hard way. But we are committed to ensuring that future generations can appreciate the piece of gum Grohl picked off the dashboard of his V8 Ford Falcon van every morning during his early days of touring.”

As of press time, sales of Trident spearmint gum had skyrocketed among 15- to 25-year-olds trying to learn how to play “Everlong” to impress their girlfriends.