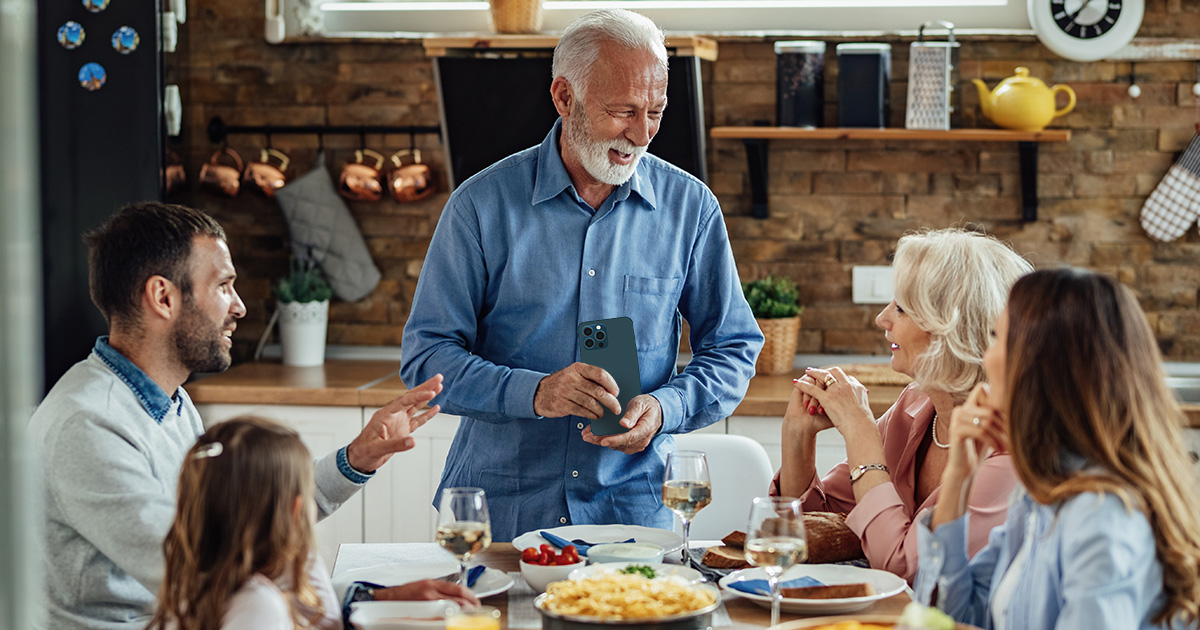 “I never knew the Van Halen brothers were born in Amsterdam!” exclaimed Mr. Kaufman while treating himself to a second helping of green bean casserole. “You know, I went to Amsterdam once on a business trip back in ‘85. And I know what you’re thinking, but the answer is no, I did not. I thought my family would like to know that it was the ‘1984’ record that contained the hit ‘Jump,’ not ‘OU812’ like I always thought. My children seemed especially impressed when I read the part of the Wikipedia entry that detailed the M&M tour rider that demanded the brown ones be separated. It amazes me how much you can learn about music history while having dinner with family.”

Jennifer Kaufman discovered her own ways to avoid engaging with her father during his Wikipedia soliloquies.

“I usually just tune him out,” sighed the middle daughter, waiting in vain for her father to pass the gravy while he finished the section on the Sammy Hagar era. “But it was either that or listen to my older brother’s high school football stories, or Uncle Darryl’s conspiracy theories about how they’re putting too much estrogen in the tap water. I mean, my father literally missed my youngest brother’s graduation because he got caught up trading paragraphs about Aerosmith with another dad outside the auditorium. This honestly might be the last straw.”

Family therapist Helena Daniels explains how this sort of behavior is indicative of a larger issue.

“While on the surface it may appear to be dissociation through mindless Wikipedia usage, all of my research points to older males using this as a deliberate strategy to avoid losing control over a conversation’s direction,” continued Daniels. “Most of the time they’re just re-reading information they already know to themselves, but my research subjects combine this with the obvious love of hearing one’s voice out loud, a truly terrifying phenomenon when repeated in social settings. It’s still unclear why they focus all their attention on bands that popped 30 to 40 years ago.”

At press time, Kaufman had accidentally clicked a link to the AC/DC page, to everyone’s horror.