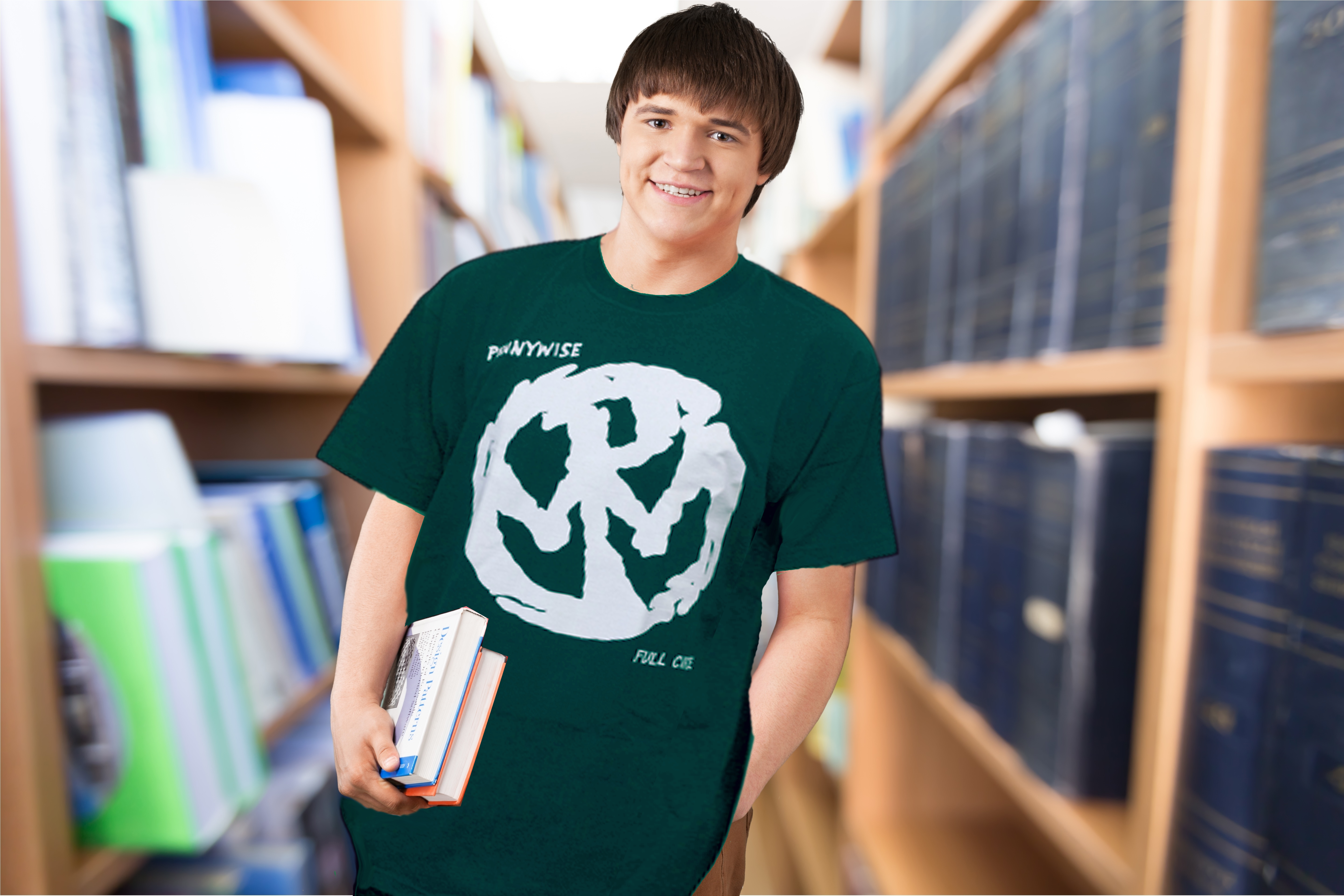 ANN ARBOR, MI – Long-standing tenets of acceptance and open-mindedness were pushed to the breaking point this weekend when a college freshman attended an anarchist film series at the University Safe Space while wearing a Pennywise T-Shirt.

“Our first goal has always been to create a community where everyone can feel supported,” said event organizer Ken Finnegan. “A place free from the prejudice and judgment that pervade every facet of our increasingly-commodified and splintered lives. And I know those beliefs certainly cover anyone who might be into mediocre, jock-heavy, SoCal skate punk, but it’s like… wow, this is hard. I mean, really — is this guy fucking 12 years old?”

Audience members became visibly agitated when it became apparent the shirt was being worn without any irony whatsoever.

“We were all just like, ‘Oh, wow… dude just digs that band, huh?’” said the projectionist, who identified himself as “Keith Blitz.” “And that’s OK. It is OK to like whatever you want. I mean, if you can’t come here to find acceptance, where can you go? Maybe nowhere. Maybe you just don’t go anywhere in that shirt.”

Eyewitnesses describe the garment as faded teal with the band’s iconic “PW” on the front, and estimated the shirt size  at a double, possibly triple XL. Film series attendee Sylvia Coothe, who sat next to the shirt, said it was “Huge. A massive shirt. I haven’t seen someone wear something so over-sized in 20 years. Which made it all the more difficult to, I guess, understand.”

“Look, I was at Occupy in NYC,” added punk Harmony F, who asked to not be fully-identified for fears of retaliatory sartorial judgment. “The reports were true. There were 311 T-shirts associated with the movement and no, it was not easy. But this felt different. This was like, ‘I am thinking about adult men in jean shorts right now, and I am not OK with that.’”

But not everyone who saw the shirt found it problematic. Mike O’Malley, a University police officer who was required security at the event, said “Fuckin-A! I loved that band. Are they still around? I know I probably don’t look like I’d be into punk, but “Bro Hymn” is classic. We definitely play that at the station to get fired up before a shift.”