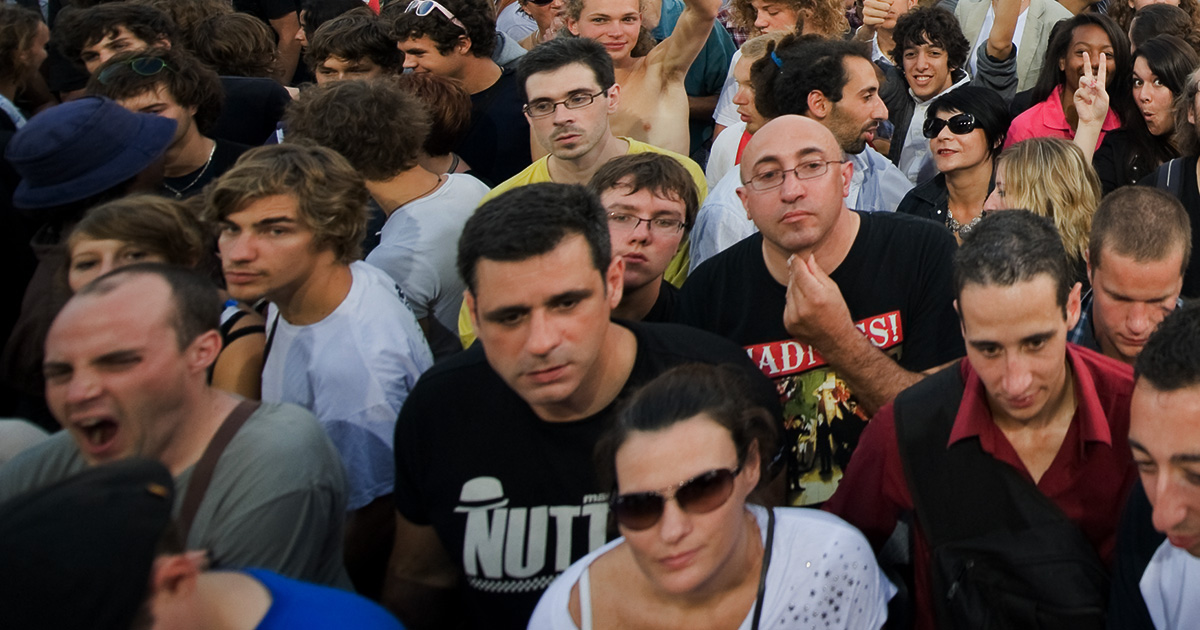 AUGUSTA, Ga. — A crowd of people that accidentally erupted in applause for a headlining band’s guitar tech last night collectively agreed to remain silent for the duration of the show to avoid any more embarrassment, venue staff confirmed.

“We all looked like a bunch of clowns, clapping it up for a member of the fucking road crew. I think at one point I even gave the guy a ‘woo’ before I realized he was just doing a sound check,” said showgoer and unofficial crowd spokesperson Taylor Lin, who admitted she plans on leaving town and severing ties with all loved ones after this experience. “But you should have seen it: the PA music turned off, the lights went down, and he came out and gave the crowd a huge wave before he picked up the guitar and started tuning.”

“Why the fuck did he wave to us? Only the band should wave to us,” added a visibly upset Lin.

The band, indie rock up-and-comers Helicopter Helicopter, admitted it was one of the strangest crowds they’d ever seen.

“When we took the stage, it was completely silent… other the the sound of the bartender wiping a table with a wet rag. Nobody clapped, nobody moved — they all just stared off into the middle distance like they were under some spell,” said the band’s lead guitarist Phoebe Carter. “We tried to get them to come to life by asking, ‘How are y’all doin’ tonight?’ And hitting them with a, ‘Let’s hear it for the other bands on the show!’ But we got nothing. The closest we came to an applause was when someone tried to slap a bug on their arm.”

Venue management stated that incidences like this are more common than one would expect.

“This happens at least one or twice a year, and it always kills our alcohol sales. As soon as the crowd stiffens up, they’re too scared to walk over and talk to the bartender out of fear they might say, ‘Can I get a Bud-weiner?’ Or something stupid like that,” said talent buyer Debbie Trent. “The only upside is that nobody uses the bathroom either, so our cleaning staff usually has the easiest night of their life.”

As of press time, the entire crowd was trying to crawl inside of itself after they accidentally waved at someone they thought they knew, but turned out to be a complete stranger.